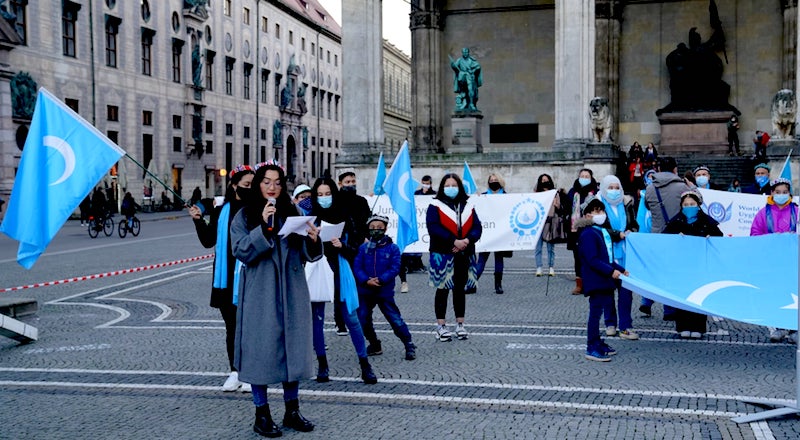 Beijing: An Uyghur woman, who was lured back to China from France only to be arrested, interrogated and abused, has penned down her experiences in a book where she said in the camps run by Beijing the thought of life and death do not remain the same as it is in the normal world.

“In the camps, life and death do not mean the same thing as they do elsewhere. A hundred times over I thought, when the footfalls of guards woke us in the night, that our time had come to be executed.

"When a hand viciously pushed clippers across my skull, and other hands snatched away the tufts of hair that fell on my shoulders, I shut my eyes, blurred with tears, thinking my end was near,” writes Gulbahar Haitiwaji in her book, “Rescapée du Goulag Chinois” (“Survivor of the Chinese Gulag”), co-authored with Le Figaro journalist Rozenn Morgat and published in French on January 13 by Éditions des Équateurs, as quoted by France 24.

In her book, the mother of two daughters recounts the interrogations, torture, hunger, brainwashing and forced sterilisations she experienced or witnessed, the French news channel reported.

Beijing had imposed drastic surveillance measures against the Uyghur population of her native Xinjiang province, under the guise of a “war on terrorism”, after a series of deadly attacks on civilians in 2014, the news channel said.

Haitiwaji was born in 1966 and she worked as an engineer in her professional career.

Speaking on the experience of her arrest, Haitiwaji said she was arrested and taken to the Karamay police station, where she was shown a photo of a young woman she knew all too well – one of her daughters, Gulhumar.

“She was posing in front of the Place du Trocadéro in Paris, bundled up in her black coat, the one I’d given her. In the photo, she was smiling, a miniature flag of East Turkestan [the name used by Uighurs to designate Xinjiang] in her hand, a flag the Chinese government had banned. To Uighurs, that flag symbolises the region’s independence movement. It was at the end of one of the demonstrations organised by the French branch of the World Uyghur Congress, which represents Uighurs in exile and speaks out against Chinese repression in Xinjiang,” Haitiwaji writes in her book.

She revealed disappearing a person is possible in Xinjiang region of the country.

“Nothing in Xinjiang is like in the rest of China. Making someone disappear is indeed possible. Worse still: it’s easy,” she says.

“The guard came in one morning and chained me to the bars of the bed, without a word. That was two weeks ago. Since then, I’ve been living sitting against the side of the metal bed, my bottom in the dust. I can pull myself up onto the mattress for the night," she said.