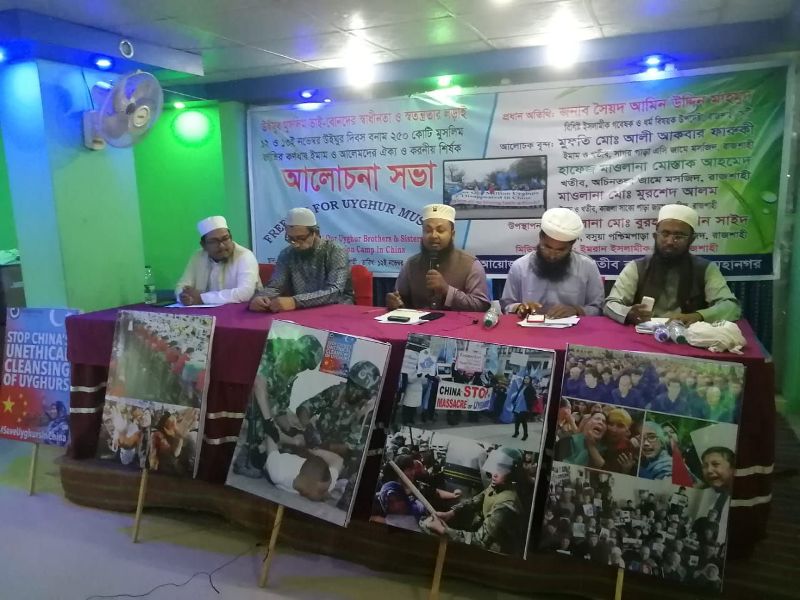 Protests in Bangladesh, Nepal over persecution of Uyghurs in China

Dhaka: A protest rally and human chain was held on Thursday at Dhaka National Press Club by Islamic scholars and Ulemas under the banner of ‘Uyghur Muslim Rights Council’(Uyghur Musalmaner Odhikar Parishad) to demand political and religious rights for the persecuted people in Xinjaing Uyghur Autonomous Region of China.

The Uyghur Muslims are persecuted by the Chinese government and they are not allowed to practice their Islamic faith by the Communist government of China, a protester said.

The demonstration was part of Bangladeshi Muslims showing solidarity with their fellow Uyghur Muslims. 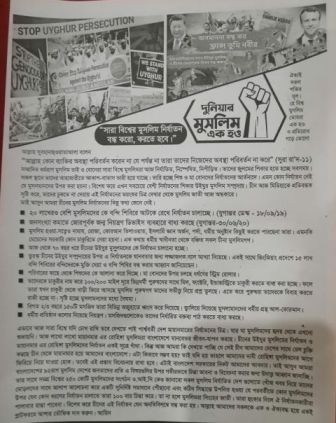 The event was observed as a token of support to Uyghur Muslims to mark the occasion of Independence Day of ‘the Islamic Republic of East Turkistan’ which is observed worldwide on Nov 12. 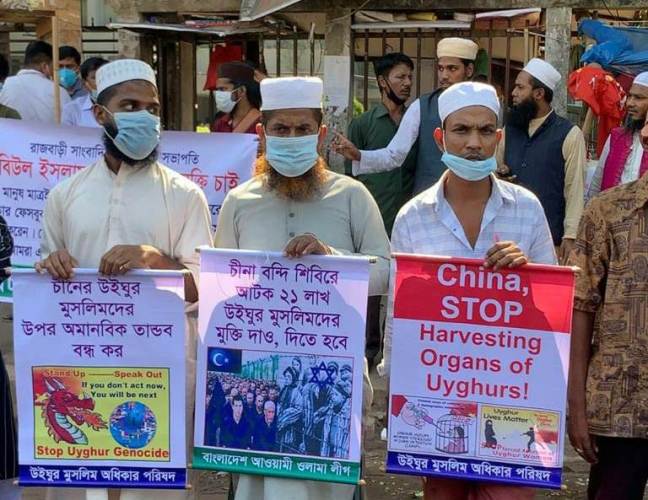 During the event, Islamic scholars demanded religious freedom to Uyghur Muslims and called on Ummah to pay heed to utter human rights violations perpetrated by the Chinese government in Xinjiang. 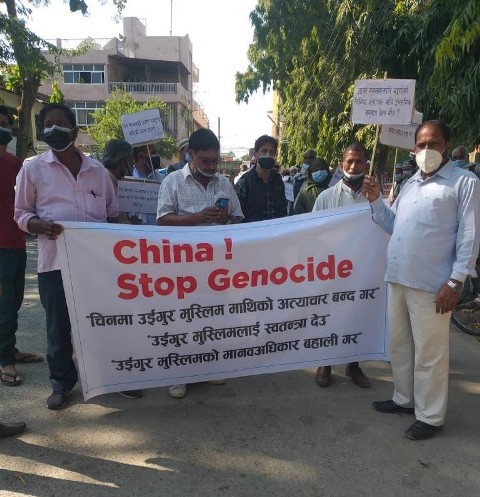 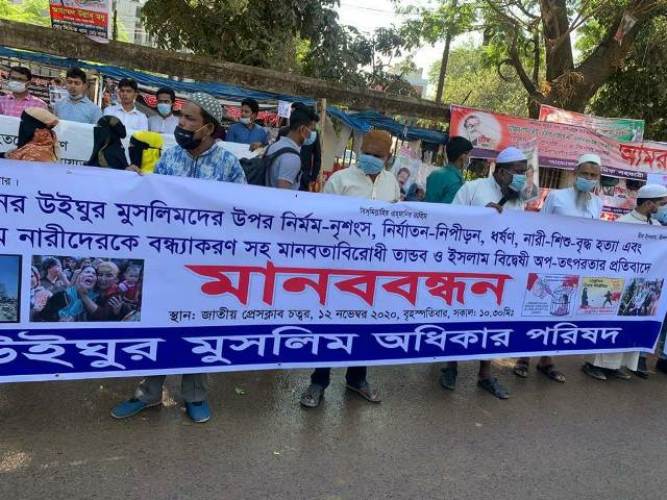 Protests against the treatment meted to Uyghurs in China was also held in Rajshahi region of the country. 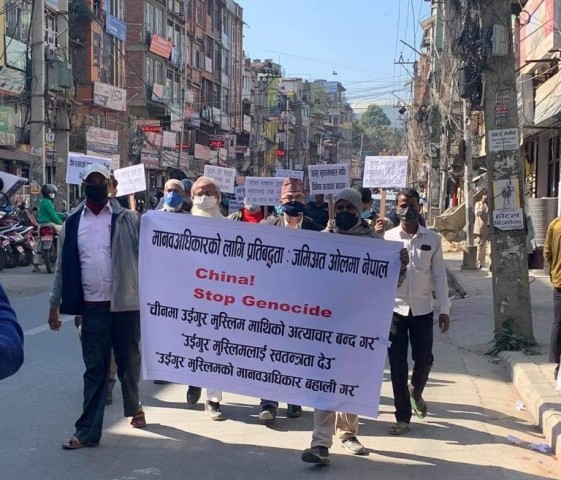 Away from Bangladesh, protest was also staged in Nepal's capital Kathmandu and Siddharthanagar area.