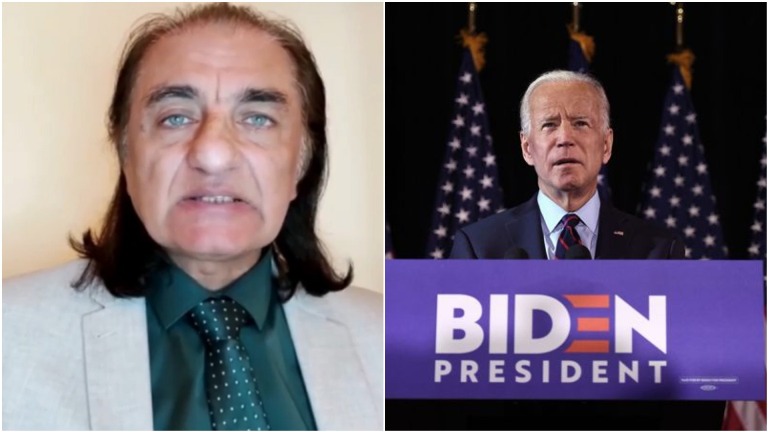 Highlighting the atrocities caused by Pakistan on the people of the region, activist Amjad Ayub Mirza on Wednesday urged US President-elect Biden  to “heal” the “wounded people and divide people” of PoK and Gilgit Baltistan (GB).

“Mr President-elect, we have been suffering for the past 73 years under the Pakistan colonialism. And now since, China’s Belt and Road initiative has encroached into our land of Gilgit Baltistan we face double colonisation of Pakistan and China. And the uncanny military and economic relation between Pakistan and China make this issue more pressing,” said Mirza, who is from Mirpur in PoK and is living in exile in the UK, reported ANI.

While talking about his problems as a representative of Gilgit Baltistan, the activist said that given the US President-elect position, Biden is best suited to intervene in their matter and help resolve the issues that have been bothering them for years.

“Mr President-elect you have been hailed as a healer and a unifier. We the people of PoK, Gilgit Baltistan people are wounded people and divided people. And I think there is no better person than yourself at the international level who should intervene and help heal our wound,” he added.

Biden emerged victorious after a tough Presidential election this month to remove President Donald Trump after his term of four years.