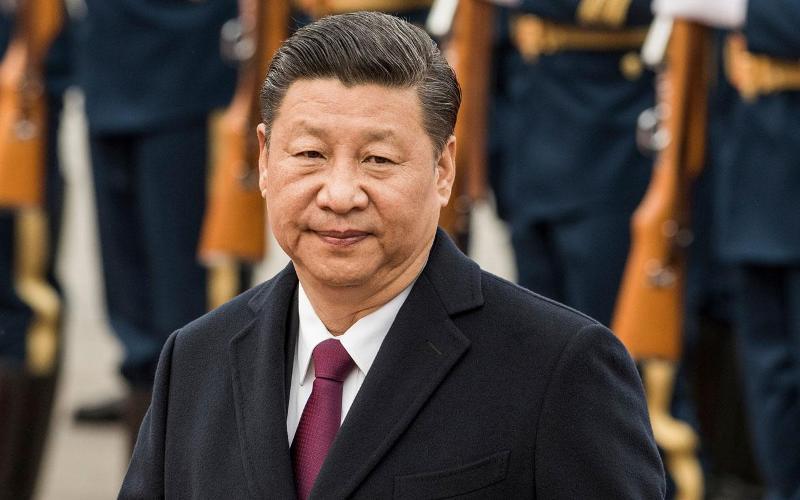 Middle-East based digital media organization Al Arabiya Post has said in its opinion post that Chinese President Xi Jinping's policy of repression towards the Uyghur population in the country is due to his 'Hitlerite idea' of weakening the separate identity of the ethnic minority.

Journalist Zahid Arab wrote in his opinion piece: "While the world is criticizing China for cultural repression and mass incarceration of ethnic minorities, especially Uyghurs, under the network of its detention facilities and concentration camps, key questions remain about why Chinese President Xi Jinping’s administration has adopted such extreme measures to punish entire ethnic and religious minorities."

He said: "The answer lies in Xi Jinping’s Hitlerite idea of weakening the separate identity of the ethnic minority to assimilate them into a Han-dominated society so that their claim of independence for East Turkistan loses its ground."

He said: "Xi Jinping’s policy towards the ethnic minorities became more obvious with the recent withdrawal of preferential policies for ethnic minorities in most of the provinces. To give an example, Ningxia Hui Autonomous Region abolished the practice of giving 10 to 30 extra points to Hui Muslims for their college entrance exams."

Xi is encouraging Han migration in the East Turkistan region, he wrote.

"Han migrants below the age of 35 years have been promised a house and job if they shift to the township of Aral, Tumshuk, etc. Those with a family of three will be provided with a 2-bedroom house, free utilities and 6.5 acres of land, tax-free," he said.

Arab said Xi projects himself as the emperor of China.

"Observers also argue that Xi never hesitates to resort to the Hitlerite methods of 'by hook or by crook' for crack-down upon his detractors both domestically and internationally," he said.

The journalist called the silence of several Muslim leaders over the atrocities carried out by China on the community as 'strange'.

"It is, however, strange that the leading Muslim countries such as Saudi Arabia, Pakistan and the countries of Gulf Corporation Council (GCC) have not only kept mum over China’s atrocities against the minority Muslim population, but they have also defended position on the issue at times," Arab wrote.

"It is high time when countries should unite against China not in the wake of sympathizing with some ethnicity or religion, but in the name of humanity as Chinese atrocities know no boundaries," he said.

China’s policy toward its Uighur Muslim population is a genocide

In another opinion piece published in Daily Sikh news portal, China's treatment of Uyghurs has been termed as a  'genocide'.

Referring to Nazi Gernamy, writer Atul Sangar wrote: "No statement or speech is going to change the fact about China’s policy toward its Uighur Muslim population – a genocide. There has not been such a systematic policy of internment and cultural eradication of a population since Nazi Germany."

"The People’s Liberation Army (PLA) and other Chinese security forces may not push Uighurs into gas chambers, but the mass, forced sterilization of Uighur women has the same effect upon the population, only delayed," the writer said.

He questioned the silence of several prominent Muslim country's leaders, including Pakistan PM Imran Khan, over the Chinese treatment towards the Uighurs.

"Among the many Muslim countries which have condemned France for President Emanuel Macron’s criticism of radical Islamism in the wake of the murder of French school teacher Samuel Paty and terrorist attacks in Nice, the three most vociferous politicians criticizing Macron have been Turkish President Recep Tayyip Erdogan, Pakistani Prime Minister Imran Khan, and former Malaysian Premier Mahathir Mohamad," he wrote.

"The irony here is that all three are among the most apologetic to China and its assault on millions of its Muslims. Pakistan backed China’s crackdown at the United Nations. Turkey and Malaysia did not sign on to that endorsement but separately appeared to back Beijing with their silence. Erdogan has even gone so far as to extradite Uighurs back to China, where they face imprisonment or death," he wrote.

"However, the biggest problem is not only letting China get away with murder but rather that their apologia for Beijing creates a precedent by which other countries can target and seek to eradicate their own Muslim majorities," he wrote.