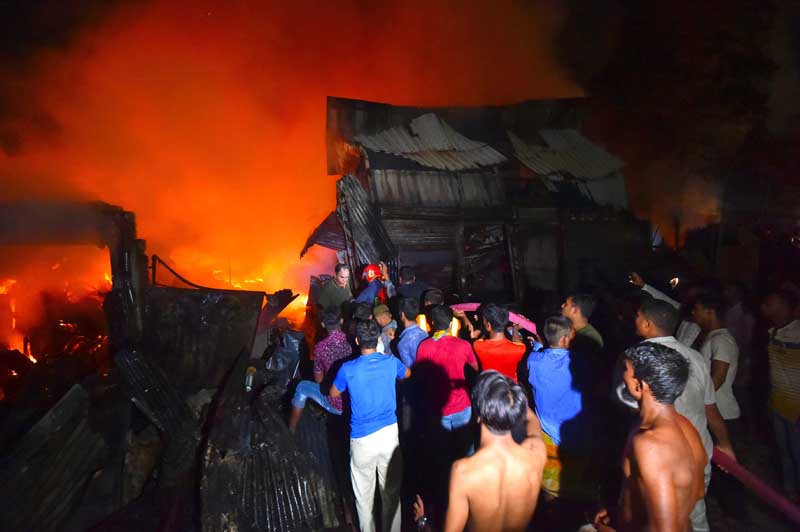 Dhaka: At least 70 shanties were gutted and two people were injured as a fire broke out in Bangladesh capital Dhaka's Kalyanpur area on Friday, media reports said.

The injured – Aktar Hossain, 19, and Anwar Hossain, 21 – were receiving treatment at the Sheikh Hasina National Institute of Burn and Plastic Surgery after the incident on Friday night, reports bdnews24.

They suffered “serious injuries” and had over 50 percent of their bodies burnt, Inspector Bachchu Mia, the in-charge of the police camp at the Dhaka Medical College Hospital, citing doctors, told the news portal.

An official at the Fire Service and Civil Defence control room told bdnews24 the fire originated in shops of furniture and scrap materials at Pora Bosti slum around 10pm.

Ershad Hossain, duty officer of the Fire Service and Civil Defence Control Room, told UNB the fire which broke out at the slum at 9 pm on Friday was fully doused around 2:05 am.

As many as 13 units of the firefighters rushed to the spot and brought the fire under control around 11:15pm.