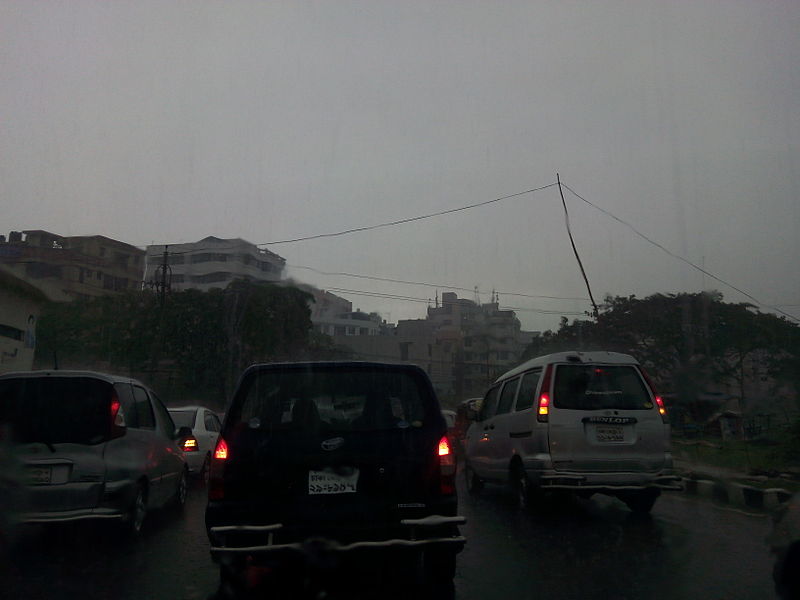 Bangladesh: Danger level of deep depression in Bay of Bengal levels to 4

Dhaka/UNI: Due to the deep depression in the Bay of Bengal, coastal districts and their outlying islands and chars are at risk of wind-swept tidal waves 3 to 4 feet higher than normal.

This has been said in the special notification number four of the weather on Friday morning.

Earlier on Thursday, a heavy rain warning was issued saying that there is a possibility of heavy rain across the country even today.

Meanwhile, continuous rain has been falling across the country including the capital Dhaka and coastal districts since Friday morning. BIWTA has announced the closure of inland navigation in Barisal due to hostile weather.

The special meteorological notification number four said that the deep depression in the north-west Bay of Bengal and adjoining areas is moving further northeast and is located in the same area.

Within 48 km of the deep depression centre, the maximum continuous wind speed is 50 km per hour, which is increasing up to 60 km in the form of gusts or gusty winds. The sea is rough near the centre of deep depression.

Besides, all fishing boats and trawlers in the North Bay and the deep sea have been asked to remain in safe shelter until further notice. At the same time, they have been told not to roam in the deep sea.