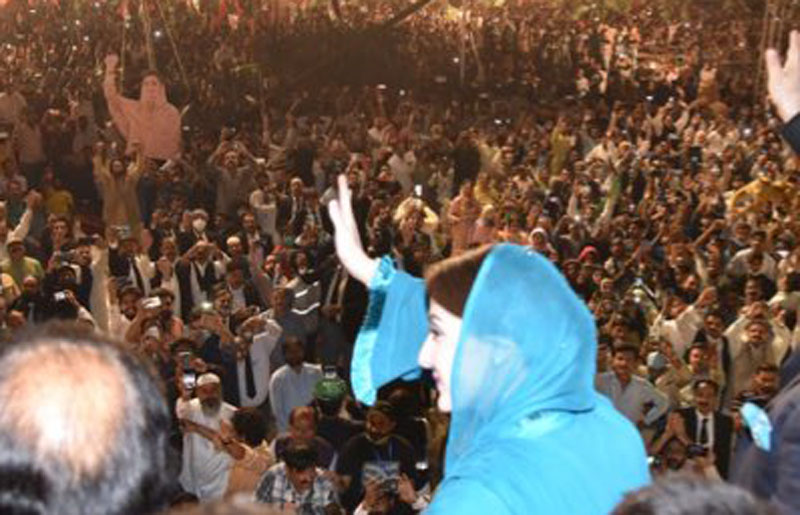 Islamabad/UNI:  The eleven-party Pakistan Democratic Movement (PDM) on Friday sounded the war drums in Gujranwala during a massive rally and vowed to dislodge PM  Imran Khan's PTI government, which it called a 'selected government', within weeks, Dawn News reported on Saturday.

The PDM leaders declared that the first public meeting of the opposition's protest campaign as a public referendum against the “selected and incapable” Imran Khan government.

The rally was addressed by the top leaders of the PDM, including Maulana Fazlur Rehman, Maryam Nawaz, Bilawal Bhutto-Zardari, Mahmood Achakzai and many others.

Experts believe that the rally has drawn the attention of not just Pakistani stakeholders but also foreign observers since it is likely to set the tone for the entire opposition campaign.

The rally was expected to be a Pakistan Muslim League-Nawaz(PML-N) show since Gujranwala is a party stronghold and as expected it was Mian Nawaz Sharif who provided the fireworks at the rally with his speech relayed directly from London.

Sharif once again reiterated his resolve to change the system, and target those who operated from behind the curtains, a reference to the all powerful Pakistan army, which many consider a state above the state of Pakistan.

Speaking at the rally, Sharif alleged that it was the establishment that had unconstitutionally ended his government out of office.

Later, the general elections were rigged and the ‘incompetent’ Khan was imposed on the nation, he said.

They would have to answer for all this, he remarked. He was less symbolic, more frank and visibly angry in his expression.

He also talked about inflation and other issues the average Pakistani is faced with, but focus of his speech was the release of civilian rulers from the alleged bondage of the army.

Speaking to a jam-packed Jinnah Stadium, his daughter and the current leader of the PML-N, Mariam Nawaz took on Prime Minister Imran Khan over his policies and called upon Information Minister Shibli Fraz to resign as he had challenged the opposition to fill the stadium.

The Pakistan Peoples Party chairman Bilawal Bhutto Zardari said Imran Khan had only one solution to all the problems of this nation and that was his ‘tiger’ force.

“This man has broken all records of corruption. The PTI’s own founding member revealed that Israel and India had funded the Imran Khan’s party but no one was willing to look into this allegation,” he said.

“In coming days the fake rulers will meet their fate,” he said, declaring that “By the will of Allah the PTI government will not see this December,” the Maulana said.

Former premier Shahid Khaqan Abbasi targeted Imran Khan's government for its alleged failure to control the rising prices of essential goods which was making life hell for the common people.