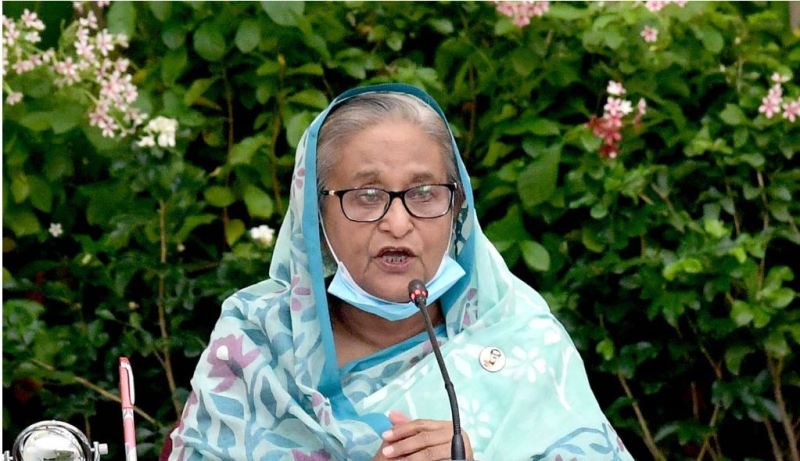 Dhaka: While the invisible enemy Coronavirus slowed down the shuttle of the global economy, Bangladesh kept its growth rolling and accelerating amid the disaster owing to the timely plans spelled out by the Prime Minister Sheikh Hasina, as claimed in a webinar of Awami League.

In addition to the economic growth, the country adeptly stepped up its efforts on the health ground to tame the Corona monster, while many countries are counting the death toll still on the rise.

The apprehension that a densely populated country such as Bangladesh would be a fertile ground for the spread of a highly infectious virus called Corona went nowhere as the prime minister set the stepping stones of plans and activities to emerge out of this crisis, revealed by the webinar participants.

Shah Ali Farhad, Special Assistant to the Prime Minister of Bangladesh, conducted the webinar titled ‘Encountering Coronavirus situation in Bangladesh under the leadership of the premier Sheikh Hasina’.

“Bangladesh has, to this date, demonstrated an incredible instance of success in dealing with the Coronavirus spell. While different countries are still counting the accelerating death toll, Bangladesh has navigated itself from the Corona storm towards a fairly safe ground. While many countries have their economy rolling downward, the economy of Bangladesh, like before, is going forward. All these owe to the timely decision of the prime minister Sheikh Hasina,” said country's Education Minister Dipu Moni.

“Nearly 1 crore families received reliefs doled out by Bangladesh Awami League and its associate organizations under the guidance of Sheikh Hasina. The way Honorable Prime Minister Sheikh Hasina harnessed the state machine to fight Corona, she also best engaged her party Bangladesh Awami League to that end. We lost many central leaders and grassroots-level leaders and activists who were out to the service of people in this storm that claimed their lives,” the senior leader said.

Health Minister Zahid Malik said, “Under the direction of the prime minister 2000 doctors and 5000 nurses were appointed within 15 days, a feat that usually takes us more than a year. When you have a prudent leader at the helm, you can deal with any disaster coming over. We are equally equipped with the possible second wave of Corona."

“We sent letters to the district committee to make people aware and took all steps that could be taken," Malik said.

Minister for the Ministry of Public Administration Farhad Hossain said, “Our administration was active on the field to keep people in the home since the beginning of the lockdown. Studying carefully what is happening across the world, she directed, through video conferences, what should be done. Our administration officials came forward to raising awareness among people in districts and Upazilas. They helped in burials of dead bodies to carrying out relief activities, which were also complemented by our party activists.”

“Even when the Corona spell was accompanied by a natural storm, food and financial assistance were reached out to people for 66 days in participation with public administration and local leaders. It is due to the farsightedness of the prime minister and the participation of everyone, we could ensure the issues of skill and adeptness.”

Enamur Rahman, State Minister for Disaster Management and Relief, said, “Even Upazila health complexes have also been equipped to treat Corona patients. On March 22, the prime minister directed distributing food among poor, helpless, and jobless people. Then we made a database of 1 crore and 25 lac people and reached out to them with food."

“2 lac 11 thousand and 17 metric tons of rice and 95 crore 83 lac 72 thousand crore Taka have been disbursed by the Ministry of Disaster Management and Relief. We also allocated 27 crore 14 lac Taka children’s food,” he added.

Awami League’s finance and planning secretary Waseqa Ayesha Khan said, “Almost every day Prime Minister Sheikh Hasina, through video conference, inquired about the activities regarding Coronavirus going on in different parts of the country. It is under the direction of Prime Minister Sheikh Hasina that the present government, Awami League and its associate organizations reached out to every house with food.”

“Never did we hear any news that someone died of hunger when the country is led by Sheikh Hasina, a daughter of Bangabandhu. Her knowledge, wisdom, and vision helped us fight Corona. Even during this Corona disaster, Bangladesh earned 1, 66, 616 crore Taka in last months, an amount outperforming the previous year by 26 percent.”