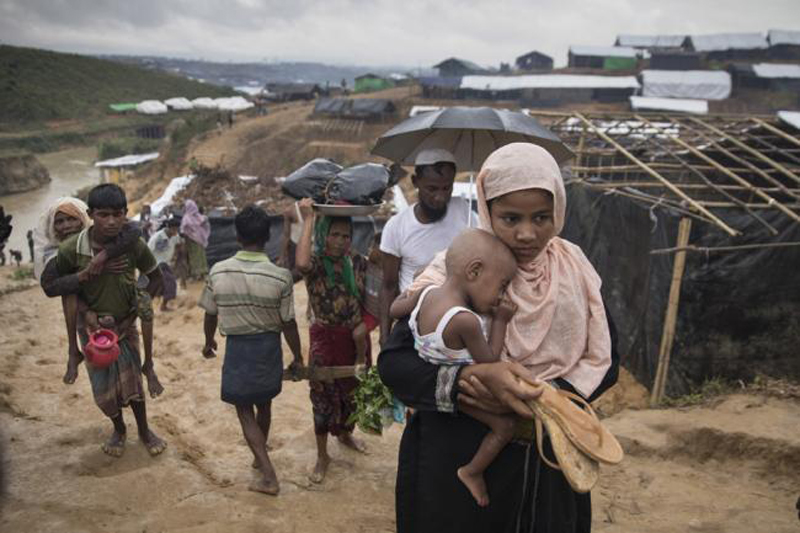 Dhaka/UNI: Chinese Ambassador to Bangladesh Li Jiming, on Sunday, expressed concern at the non repatriation process of Rohingyas to Myanmar.

The Chinese envoy aired his concern when he called on Bangladesh Foreign Minister Dr AK Abdul Momen in the capital today.

Local people’s displeasure on Rohingyas as well as on foreign aid agencies is being deepened gradually due to delay in the repatriation process.

Dr Momen also mentioned about Bangladesh’s concern over the deployment of Myanmar troops along Bangladesh border.

Providing humanitarian aid to Rohingyas and improving their living standard is not adequate for solving the problem. Rather, it is needed to find out a permanent solution to the problem through their repatriation, said the minister.

The Chinese envoy agreed with the minister over the issue.

Dr Momen requested the Chinese government to renew the visa of Bangladeshi students who are stranded in China due to Corona pandemic.

The Chinese envoy assured the minister of taking decision by his government immediately in this regard.

The Chinese envoy told that Amar Dekha Naya Chin, a Bangla book written by Father of the Bengali Nation Bangabandhu Sheikh Mujibur Rahman, is being translated into Chinese language and it would be published soon.

During the meeting, the Chinese envoy handed over a letter of Chinese Foreign Minister Wang Yi to Dr Momen.

The Chinese Foreign Minister, in his letter, thanked the Bangladesh Minister for mentioning Hong Kong as an internal matter of China.