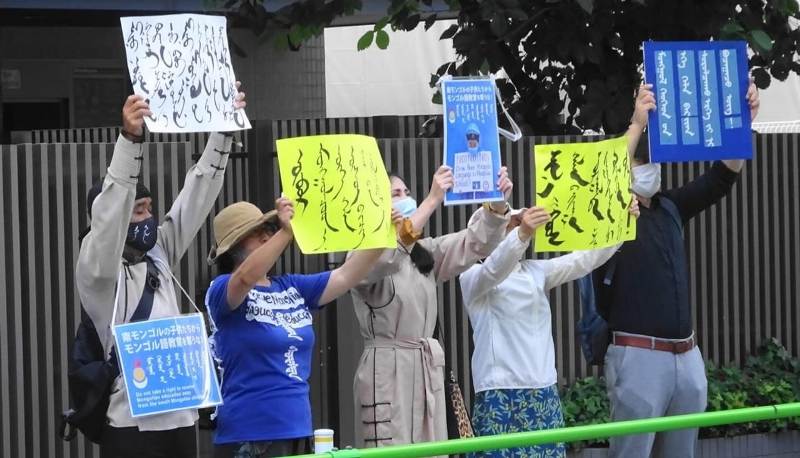 Ulaanbaatar: Mongolia witnessed an anti-China demonstration recently ahead of the  scheduled visit of US State Secretary Mike Pompeo.

On Thursday, dozens of protesters demanded the release of ethnic Mongolian arrested in China. The protests took place in Mongolian capital of Ulaanbaatar, reports WION.

Protests have also erupted in Chinese province of Inner Mongolia after the Chinese government took a decision to teach politics, history, and literature in Mandarin rather than the local language, the news channel reported.

Meanwhile, Pompeo will not visit Mongolia and South Korea during his Asia trip this time.

US State Department Spokeswoman Morgan Ortagus said in a statement: "Secretary of State Michael R. Pompeo will travel to Tokyo, Japan on October 4 to 6."

"Planned meetings with the Quad Foreign Ministers in Tokyo will focus on pressing issues of the Indo-Pacific region," she said.

"Secretary Pompeo expects to be traveling to Asia again in October and will work to reschedule visits on that trip, that is now just a few weeks off," she said.

Pompeo is believed to have reduced his trip amid US President Donald Trump's hospitalization after he tested COVID-19 positive.