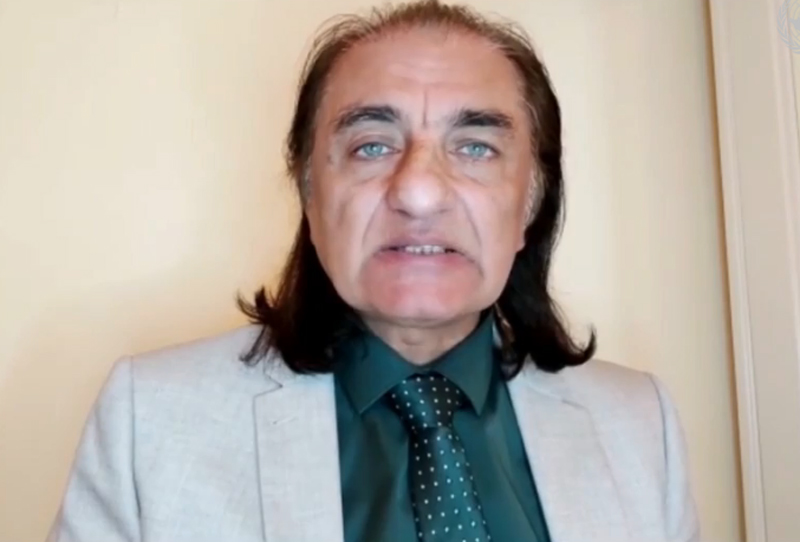 Imran Khan govt wants to make Gilgit-Baltistan a province to save CPEC: Mirza

Geneva: Political activist from Pakistan Occupied Kashmir (PoK)  Amjad Mirza has said Pakistan is forced to make occupied Gilgit-Baltistan region as its fifth province as the multi-billion dollar China Pakistan Economic Corridor (CPEC) project, which is passing through the area, is in the doldrums.

Speaking in a video, Mirza said: "There is so much pressure from the Pakistani public to counter the Indian support which India is receiving on a global level after the abrogation of the Article 370 and Article 35 A of the Indian Constitution that they have to come up with some kind of gimmick, or some kind of announcements that could satisfy the people of Pakistan."

He said it is not possible for Pakistan to annex Gilgit-Baltistan and make it the fifth province.

"Imran Khan's announcement that they are going to give transitional provincial status to Gilgit-Baltistan is just carrot and stick policy because if they are honest in developing Gilgit Baltistan or if they really want Gilgit Baltistan to integrate into Pakistan, the first thing they should do is to release all the political prisoners," he said.

Speaking on the rights of the people from the region, the politician said: "Pakistan should abolish Schedule IV that deprives all the citizens of Gilgit-Baltistan from freedom of speech and finally they should stop all land grabs, they should stop the construction of Diamer-Bhasha Dam and they should take other steps towards restoring human rights in Gilgit Baltistan."

A post shared by Just Earth News (@justearthnews) on

"By announcing that they are going to give Gilgit Baltistan a status of province and making it the fifth province of Pakistan, they are trying to influence the electorate of Gilgit-Baltistan because in November, elections are being held in Gilgit Baltistan," he said.