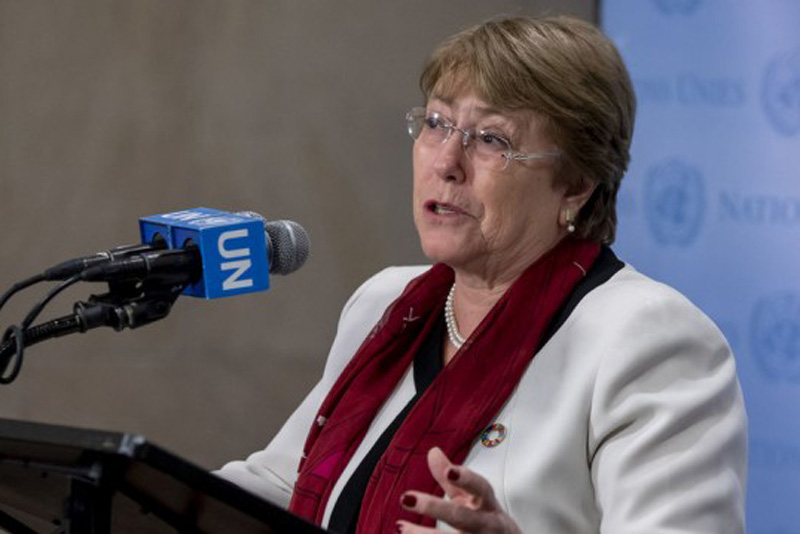 I am concerned about Uyghurs in China: UN High Commissioner for Human Rights

Geneva: UN High Commissioner for Human Rights Michelle Bachelet on Monday expressed her concern over the way Uyghurs are treated in the Xinjiang region by China.

"I am concerned about the Uyghurs," Bachelet said at the 45th session of the Human Rights Council on Monday.

"My Office continues to engage with the Chinese Government on the situation in the Xinjiang Uyghur Autonomous Region and the impact on human rights of its policies," she said.

"Following an invitation extended by the Government of China, I have been discussing with the authorities the conditions of a possible visit to Xinjiang when conditions are conducive," she said.

It is believed that authorities have placed countless people, mostly Uyghur Muslims, in concentration camps.

China has repeatedly denied wrongdoing in connection with the camps and said it is fighting against terrorism and religious extremism.