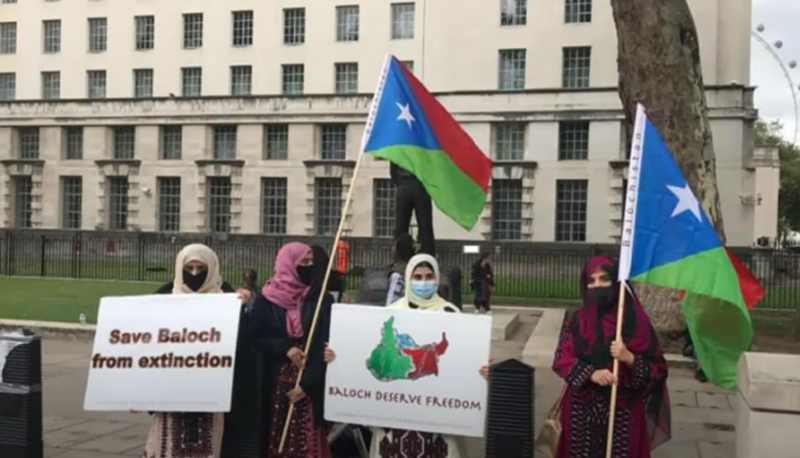 Protesters assemble in front of Boris Johnson's residence in London, demonstrate against enforced disappearances in Balochistan

London: Protesters gathered outside the residence of British PM Boris Johnson to demonstrate against Pakistan on the issue of enforced disappearances in Balochistan.

The event occurred on Sunday to mark International Day of the Victims of Enforced Disappearances.

According to reports, the protesters belonged to Free Balochistan Movement group.

They had assembled to express their support for the families of those who have been forcefully disappeared.

The protestors were carrying banners and raised slogans against Pakistan military’s atrocities against Baloch people. They demanded the immediate release of previously abducted Baloch people and stopping of more enforced disappearances, reports ANI.

“On International Day of the Victims of Enforced Disappearances, we are staging a protest outside Boris Johnson’s residence. Pakistani forces are committing human rights abuses against Baloch people. We appeal to the international community to take note of what is happening in Balochistan,” an activist told ANI.

“We saw how a woman named Malik Naz was killed in front of her four-year-old daughter Bramsh by the Pakistani military. A 12-year-old girl was also killed by the establishment. These things were not coming to light earlier due to blackout (in Pakistan). But now, the news on atrocities committed by Pakistani military is there on social media and people are coming to know about it,” she added.