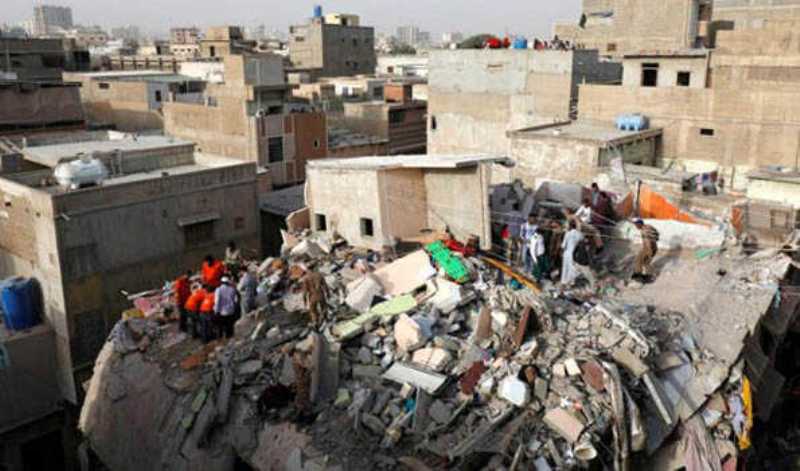 Mirpur Deputy Commissioner Raja Tahir Mumtaz told to Xinhua news agency that the labourers were renovating the marriage hall when it came crashing down on Friday, pinning them beneath falling slabs of concrete.

More than 40 people mostly labourers are feared to still be trapped inside the collapsed building including the owner and manager of the marriage hall, the official said.

Adding that a search and rescue operation is currently underway.

Following the incident, rescue teams along with local authorities reached the area and are working to rescue those who are stuck under the collapsed building.

Pakistani army troops and helicopters have also been sent to the area to help with the rescue activities.

Police told to local media that the reason behind the collapse is not clear yet.