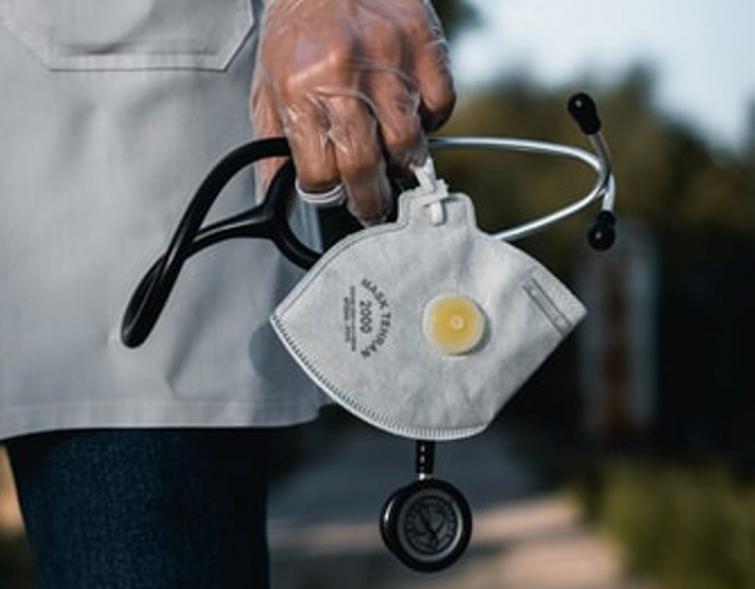 Islamabad: The frontline health workers seem to be receiving blows in Pakistan where 50 doctors tendered their resignations due to lack of  personal protective equipment (PPEs), an essential for them combating COVID-19.

The resignations of almost 50 doctors across Punjab have been accepted by the provincial government, a notification said, amid the ongoing coronavirus pandemic, reports The News International.

According to a notice by the Specialised Healthcare and Medical Education (SHCME) Department, dated June 27, the 48 doctors who stepped down had tendered in their resignations at various times this year, reported the newspaper.

Of the 48 to have resigned, 11 had handed in their resignation letters before Pakistan reported its first coronavirus case on February 26, 2020, the Pakistani newspaper said.

Doctors in Pakistan have protested over the lack of personal protective equipment (PPEs) in the country.

They also demonstrated over violence faced at the hands of both police — during demonstrations — and aggrieved families of those who lost their lives to the deadly disease.

In a joint press conference, the Young Doctors Association and Grand Health Alliance (GHA) had condemned the government’s “non-democratic” behaviour, with the GHA chairperson warning of a "country-wide movement" if the healthcare professionals' issues were not resolved.

“Violence against young doctors will only strengthen us,” the president of YDA Kashmir was quoted as saying by The News International, while Dr Salman of YDA Punjab stressed that they would "stage a sit-in in front of Kashmir House in Islamabad" if the issues were ignored.

Doctors remain the most affected among the healthcare providers in Pakistan from the coronavirus disease, with officials confirming 42 have died so far battling the pandemic, reported the newspaper.

“We have so far lost the lives of 58 healthcare providers to COVID-19 in the country and still counting. They are 42 doctors, 13 paramedics and other support staff, two nurses and one medical student,” an official of the National Health Services, Regulations and Coordination (NHSR&C) told The News on Wednesday.

"At the moment, 240 healthcare providers are hospitalised, of whom 231 are in a stable condition, while nine are on life support."