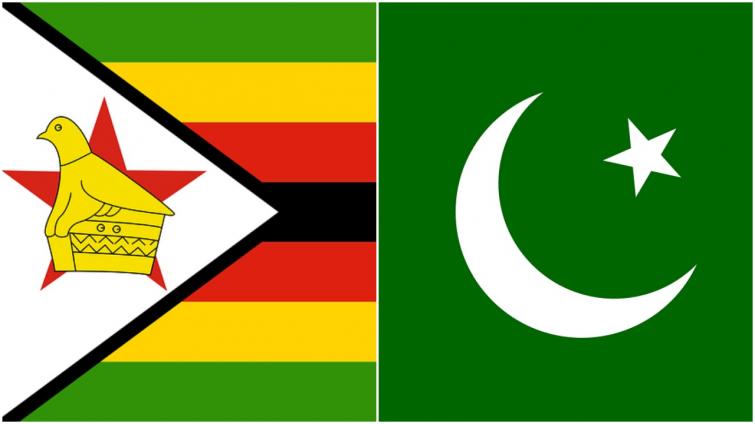 Harare: Triggering a major row, a Pakistani diplomat in Zimbabwe has been alleged to be involved in human trafficking episodes.

Mian Sohail Qaiser, a Zimbabwean of Pakistani extraction, who contested as a ruling Zanu PF municipal candidate in the 2018 general election, made the claims.

He lost but, according to sources, he seems to have ambitions to run for parliament as a Warren Park candidate in 2023 when Zimbabwe holds its next general elections, The Standard reported.

Qaiser told The Standard he only assisted the detained Pakistanis as a humanitarian gesture after he discovered that they were victims of human trafficking.

He accused the Pakistan embassy staff of running a human trafficking cartel with their colleagues from the Malawian embassy.

“I helped on the release of the two women; one of them had a three-year-old baby,” Qaiser told the newspaper. “I asked for an interview after their release.”

He claimed the two women deported from Zimbabwe were only in Pakistan for a week, they travelled to Malawi where they were smuggled into South Africa with the help of the Pakistani embassies in Zimbabwe and Malawi.

He admitted recording an interview with the detained Pakistani national while in the company of immigration officials.

Qaiser said he shared the video with a colleague from the Pakistani community in South Africa, who posted it on his Facebook timeline before he shared it.
He denied capturing state institutions as alleged by the embassy.

A trail of communication and other documents leaked to The Standard by government officials, during investigations into the diplomatic tension in collaboration with Information for Development Trust, suggests that Qaiser could have captured powerful officials in several ministries, the police and immigration, even though his real source of power could not be immediately explained.

The arrest of three Pakistanis — one male and two females — in Beitbridge on October 30, 2019 sparked the tension between Harare and Islamabad, reported the newspaper.

The embassy of Pakistan in Harare has described it as a “delicate and complex situation” and is incensed that Harare is not doing enough to address its concerns, the newspaper said.

“The delay in disposal of the matter is degenerating [sic],” the Pakistani embassy wrote to Zimbabwe’s director general in charge of legal and consular affairs in the Foreign Affairs ministry and accused immigration officials of “misbehaving” by calling Pakistani travellers “criminals” on December 19, 2019, The Standard reported.

A significant development was seen in the country when Waqas Haider Sha (31), Parveen Faiza (27) and Bibi Asima (30) were arrested at the Beitbridge border post for attempting to cross into South Africa without first reporting to immigration.

All these people were tried in Beitbridge magistrates’ court.

They were convicted and sentenced to 90 days in prison with the option of a $300 fine each pending deportation.

Sources, among them erstwhile business partners, suspect that Qaiser tipped off the immigration officers that the trio intended to cross the border illegally with the alleged help of Waqas Ahmed, a Pakistani diplomat based in Harare, who is, however, still employed by the embassy, reports The Standard.

Islamabad is particularly angry with Qaiser, and the Zimbabwean authorities  over the videos of the female Pakistanis he took at Chikurubi Prison.In the videos that found their way onto social media and were subjected to numerous talk shows and debates back in Pakistan, the women condemned their government as a facilitator of human trafficking and that infuriated the country’s Prime Minister, Imran Khan, whose embassy in Harare described the videos as “heinous”, reports the newspaper.

Qaiser separately interviewed the detainees in the presence of immigration officials and the embassy accused him of manipulating the interviews to suit his scheme, the newspaper said.

Islamabad is also complaining that Qaiser was used as an interpreter during interviews with the detained Pakistanis. International protocol requires that the affected embassy must avail the interpreter, The Standard reported.

Qaiser released another video of the remaining prisoner from inside the remand prison in Harare and posted it on social media, “damaging the reputation and prestige of Pakistan and embassy of Pakistan”.

Pakistani diplomats have been trying to secure meetings with Vice-President Constantino Chiwenga and Foreign Affairs minister Sibusiso Moyo to clear the air, but are allegedly being blocked due to Qaiser’s influence.

It emerged that the embassy has written at least seven note verbales between November 2019 and May 15, 2020, including some requesting meetings with Moyo and Chiwenga.

The Foreign Affairs ministry did not respond to most of the correspondence despite diplomatic warnings by Islamabad that the relationship between Zimbabwe and Pakistan was on the verge of collapse because of Qaiser’s activities.

Islamabad demanded that a lawsuit should be filed against the businessman for defaming Pakistan and called for his arrest, but they were ignored.

The embassy said it met Grey Mashava, a senior principal in the Foreign Affairs ministry, and then James Manzou, the permanent secretary in the ministry.

The retention of Waqas Ahmed as the protocol attaché at the Pakistani embassy could have miffed the Zimbabwean government.

Manzou, after listening to the embassy’s grievances, handed its officials a note verbale dated April 15 instructing the embassy to withdraw Ahmed, the protocol attaché, from the country “without any warning or listening or meeting on the matter”.

Manzou said the issue of Qaiser is being investigated.