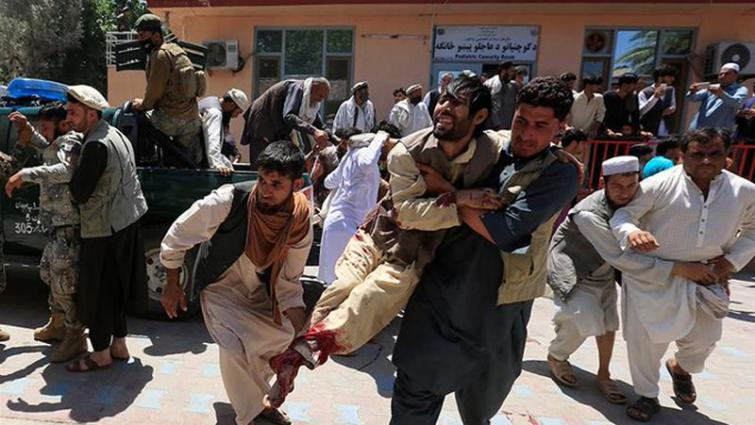 Kabul, Nangarhar attacks were carried out by Taliban: Amrullah Saleh

Kabul/UNI: Afghanistan's First Vice-President Amrullah Saleh on Sunday blamed the Taliban for the deadly attacks that struck Kabul and Nangarhar, calling them the 'enemy of the country'.

During a speech at Jalalabad city, Saleh rejected the Taliban's denials of involvement in these incidents and asked the residents to remain patient, as the government was probing the incident.

More than 24 people were killed in Nangarhar, when a bomb exploded at a funeral, whereas more than 30 people perished in an attack on a 100-bed maternity hospital in the west of Kabul. Both the attacks were carried out on Tuesday.

Tolo news quoted Saleh as saying that he was 'sure' of the Taliban's involvement in these incidents, stressing that Taliban cannot assume power by killing Afghans.

He also stressed that the Afghan security forces are self-sufficient in defending their country, saying that more than 95 per cent of military operations against militants are being conducted by Afghan forces.

While conceding that Nangarhar type of attacks cannot be ruled out in the future, the Minister vowed that these incidents would not affect the unity among the Afghans.