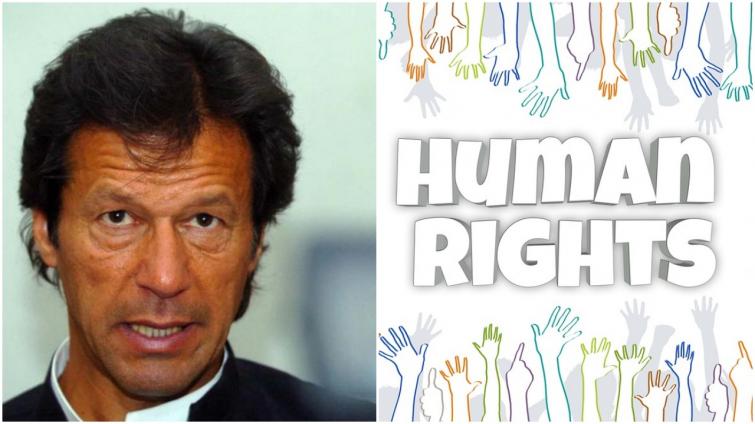 Lahore/IBNS: The COVID-19 cases are on the rise in Pakistan and even in such a situation of a humanitarian crisis discrimination allegations surface daily. It seems that the Imran Khan government is following a different policy for minorities and those in Pakistan Occupied Kashmir (PoK).

As per latest reports, the number of COVID-19 infected patients in Pakistan stands at 2039. Pakistan reported 27 deaths so far.

"In Mirpur area of  PoK, all relief materials are being sold to store by government employees," sources said, highlighting the mismanagement going in in the South Asian nation.

The world is unitedly trying to beat the COVID-19 outbreak and the disease has even extended its killer arms in Pakistan but for the administration in the South Asian nation religious discrimination still remains a priority with reports emerging that Hindus and Christians were denied food supplies by the authority which they said were meant for the Muslims, media reports and videos reaching here said.

Thousands of poor people had gathered at Rehrri Ghoth in Karachi to receive food supplies and daily essentials. However, those belonging to the Hindu community were told to go back since the rations were only meant for Muslims, earlier reported Times Now.

According to reports, the Sindh government issued an order to distribute ration through local NGOs and administration to daily wage workers and laborers in the region at a time when the country is seeing a surge in the number of COVID-19 infected patients regularly.

Hindus were told that they were not eligible for having food supplies since it was only meant for Muslims, activists told ANI news agency.

Hindus in Liyari, Sachal Ghoth and other parts of Karachi as well as all over Sindh are reportedly being denied from getting the rations catered by the government.

A report in Asianews.it said the Saylani Welfare International Trust, which has been operating in the Korangi area since 1999, handing out aid and meals to homeless people and seasonal workers, have refused to give ration cards to non-Muslims, saying that only Muslims are entitled to them.

Another aspect is emerging where religious clerics in the nation have defied government orders of putting mosques under lockdown to avoid congregation and spread of COVID-19.

Last week, Pakistani President Arif Alvi and provincial governors held a meeting with Sunni and Shiite clerics to convince them to close mosques for congregational prayers across the country amid rapidly increasing COVID-19 cases in the country. The clerics, however, rejected the request, reported Deutsche Welle.

"We can in no way close mosques ... It is not possible in any circumstances in an Islamic country," Muneeb-bur-Rehman, a cleric who attended the meeting, told DW.

Earlier this month, when the spread of the disease and the number of infected cases in the country was lower, the federal government allowed Shiite pilgrims from Iran to return to the country through Baluchistan province.

The pilgrims were not properly quarantined, which resulted in a spike of infections. Also, the government allowed thousands of Sunni worshippers to go ahead with the "Tablighi Jamaat" congregation in Pubjab province. Many of the new COVID-19 cases have emerged from that mass gathering, reported DW.

Health experts told the media that the government's measures are inadequate, fearing that the number of coronavirus cases in the South Asian country could increase exponentially in the coming weeks.

Stating that religion is important to them several Pakistanis have refused to offer their prayers inside their homes.

"I offered prayers in the mosque on Friday. More than 300 people were in attendance and it looked like a routine Friday prayer," Muhammad Ashraf, a kiosk-owner in Islamabad, told DW.

"The mosque is a safe place. I don't fear coronavirus," Ashraf said, adding that he intended to attend the next Friday prayer as well.

Meanwhile, thousands of people, including foreign nationals, are present at  Raiwind Tablighi Markaz and other mosques in Pakistan.

"Thousands of people including foreign nationals are present at Raiwind Tablighi Markaz and other Mosques and Tablighi activists are visiting Tablighi centre through various gates after administration  sealed main gate with barbed fencing on March 29. Tablighi Markaz Haveli had been converted into quarantine centre on March 29  after 23 persons found positive," sources said.

"Over 3000 Tablighis are present at Raiwind Tablighi centre and 5000-7000 Tablighis have spread across Pakistan and other countries in form of groups," sources added.

Several groups are returning to Raiwind centre despite Pakistan government's instructions to stay wherever they are present.

"However, they are not cooperating. undeclared curfew endorced at Raiwind and some Tablighis have been beaten up. Raiwind has become epicentre in Punjab. Curfew like situation in area around Lahore airport," sources said.

"Situation chaotic, govt has no handle on it," sources said.

Things have been different in other Islamic world where a country like Saudi Arabia even asked Muslims around the world to wait till a clearer picture emerges before making Haj plans.

The country asked Muslims to defer their Haj plans specially at this moment when the world is witnessing the bleeding arms of the COVID-19 outbreak engulfing one country after another.

Saudi Haj and Umrah Minister Mohammed Saleh Bin Taher Banten was quoted as saying by Gulf News: "The kingdom of Saudi Arabia is prepared to secure the safety of all Muslims and nationals."

“That’s why we have requested from all Muslims around the world to hold onto signing any agreements until we have a clear vision," Banten said.