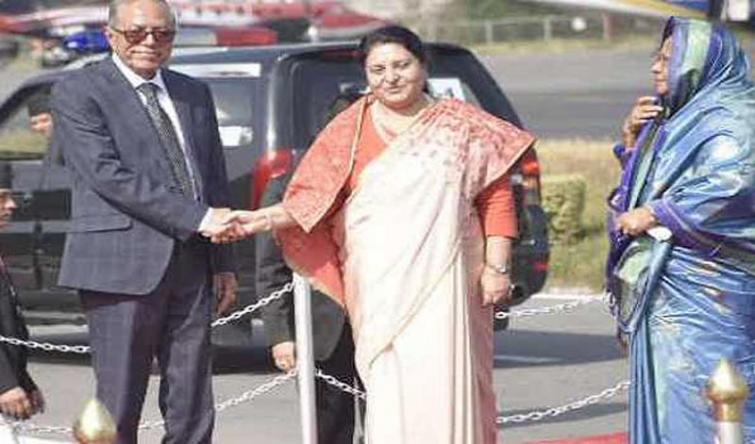 Kathmandu/IBNS/UNI: Bangladesh President M Abdul Hamid will reach Kathmandu on Tuesday on a four-day official visit during which he will meet his Nepal counterpart Bidya Devi Bhandari.

Hamid is visiting Nepal at the invitation of Bhandari.

His flight took off from Hazrat Shahjalal International Airport in Dhaka for Nepal at about 0004 hrs and he is being accompanied by his wife Rashida Khanam along with son Rejwan Ahammad Taufiq.

The flight is scheduled to land at Tribhuvan International Airport in Kathmandu, Nepal today where Bhandari and Ambassador of Bangladesh to Nepal Mashfee Binte Shams will receive President Abdul Hamid, local media reported.

The Nepalese Vice President, Prime Minister, Chairperson of the National Assembly, and Minister for Foreign Affairs will also call on President Hamid during his visit.

He is scheduled to return home on November 15.