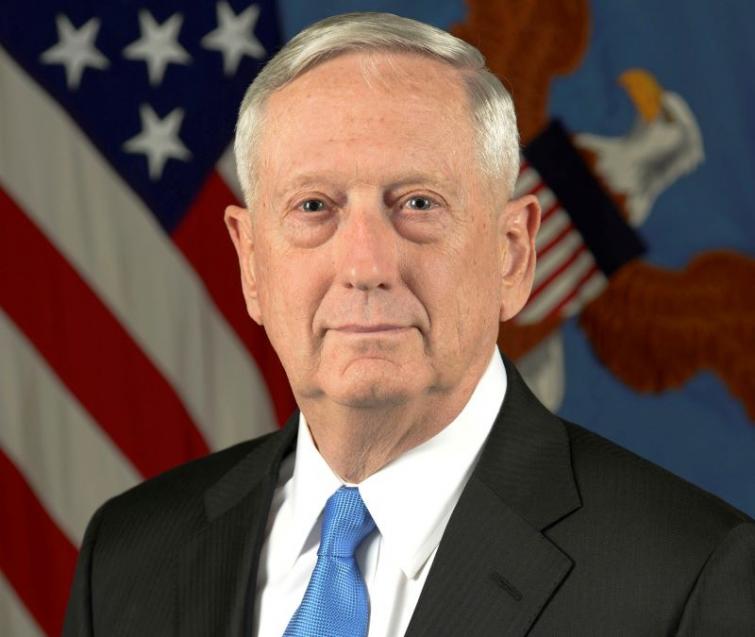 Pakistan is the most dangerous country: Ex-US defence secretary

New York: At a time when Pakistan has failed to corner India at global platforms over the Kashmir issue, a former US  defense secretary came out in criticising the nuclear-armed nation and called it the “most dangerous country” he dealt with in his career.

Former US defense secretary James Mattis, who had long served the nation as the military and as a member of President Donald Trump’s cabinet, also criticised Pakistan for its obsession with India.

A military veteran, Mattis had served as Defense Secretary from January 2017 to December 2018.

“Of all the countries I’ve dealt with, I consider Pakistan to be the most dangerous, because of the radicalization of its society and the availability of nuclear weapons,” Mattis wrote in his autobiography titled “Call Sign Chaos” as quoted by the media.

“We can’t have the fastest-growing nuclear arsenal in the world falling into the hands of the terrorists breeding in their midst. The result would be disastrous,” he said cautioning the world.

Mattis further criticised Pakistan and said the nation "views all geopolitics through the prism of its hostility toward India."

In what might be an indirect attack on PM Imran Khan, he said that Pakistan does not have leaders who care about the future of the nation.

Mattis made the comments at a time when Pakistan is engaged in yet another bitter conflict with India ever since the Pulwama attack took place in February this year.

The relationship further deteriorated between the warring neighbours ever since PM Narendra Modi-led Indian government scrapped the Article 370 in Jammu and Kashmir which gave special status to the region.

Prime Minister Narendra Modi-led government made major announcements by abrogating Articles 370 and 35A that had granted special power to the former state.

"The DG ISPR was addressing a press conference, where he said that Pakistan will fight for Kashmir until the last soldier and last breath," reported Geo News.

He said Pakistan cannot think about any deal on the issue of Kashmir.