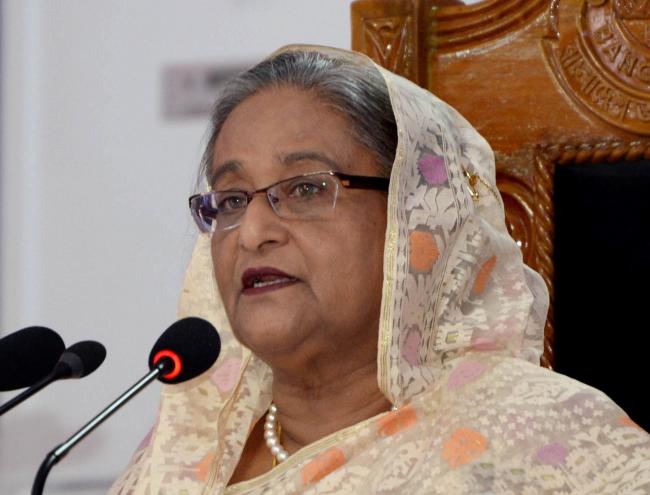 Hasina addressed a press conference on Sunday following her return to Bangladesh after completing her three-nation tour.

“I don’t want to frighten the people,” she was quoted as saying by bdnews24 and added: “You know that different kinds of threat are posted on social media using different names all the time.”

“Our intelligence agencies investigate these as much as they can and we take necessary steps against them (people posting threats)," she was quoted as saying by the news portal.

She said: “I was really worried during the Eid congregations. Because such incidents must be stopped.”

Bangladesh witnessed a major terror attack in 2016 when a cafe in Dhaka was targeted. More than 20 people, including foreigners, were killed in the attack.

Just days after the attack in Gulshan,  terrorists targeted the largest Eid congregation of Bangladesh at Sholakia in Kishoreganj.

Two policemen and a housewife were killed in the attack.