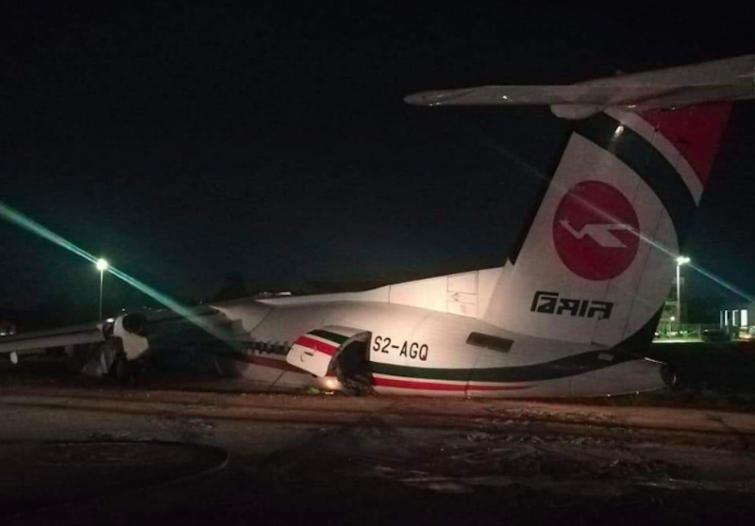 Biman plane skids off runway at Yangon airport, no casualties

Yangon, May 8 (IBNS): Several passengers were injured when a Biman Bangladesh aircraft skidded off the runway while landing at Yangon International Airport on Wednesday evening.

The BG060 flight, which had 33 passengers on board, met with the accident when it attempted to land around 1820 hours.

“All were injured more or less, but no one was in critical state. However, 15 of the injured were hospitalised,” Bangladesh high commissioner in Yangon Manjurul Karim Chowdhury told The Daily Star.

The injured are undergoing treatment at a hospital, reports said, adding the Yangon airport has been closed following the accident.