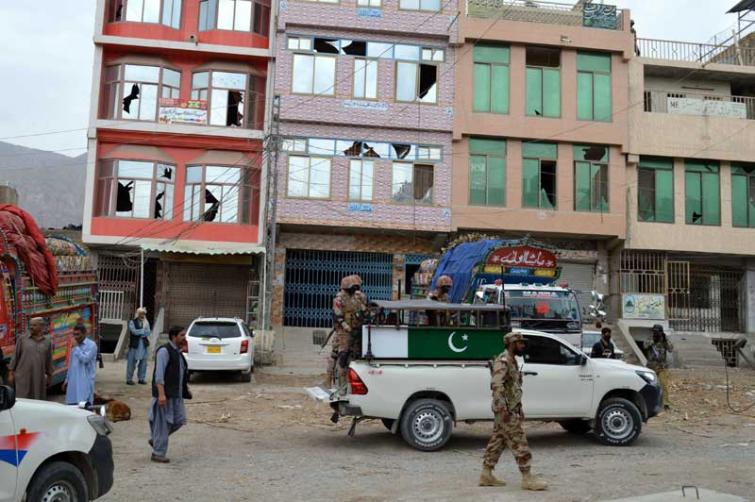 Islamabad, Apr 13 (IBNS): A Senate panel in Pakistan on Saturday sought reports from the interior ministry on the action taken against terrorists and banned outfits involved in Hazara killings so far, media reports said.

As per Dawn News report,  the Senate Standing Committee on Interior met with Senator Rehman Malik in the chair, where members voiced serious concern over the Quetta blast and continued killings of members of the Hazara community.

It was decided that the next meeting would be held in Quetta, specifically on the agenda of the Hazara killings, reported the news paper.

The move has been taken by the Senate just a day after a bomb blast in Quetta's Hazarganji market area in Pakistan left at least 20 people killed.

The incident left 48 others injured.

According to local media reports, the main target of the blast was reportedly members of the Hazara community.

The attack claimed the lives of at least eight Hazara and one Frontier Corps soldier who was deputed for the community's security, DIG Cheema was quoted as saying by Dawn News.

Deputy Inspector General (DIG) Abdul Razzaq Cheema, who was present at the site of the attack, told the newspaper the blast targeted the Hazara ethnic community.

"The attack took place in a [green grocer's] shop. An Improvised Explosive Device (IED) was planted in a gunny sack filled with potatoes. Whether it was timed or remote-controlled, our experts will tell. Right now they are investigating," DIG Cheema said.

Lashkar-e-Jhangvi, a Sunni militant group known to target the Hazara community,  has claimed responsibility for the incident.

"We claim responsibility for the attack in Quetta," Qari Saifullah, a spokesman for the group, told CNN. "We targeted the Hazara community."

"Deeply saddened & have strongly condemned the terrorist attack in Hazarganji market area of Quetta targeting our innocent people. I have asked for an immediate inquiry & increased security for the ppl. Prayers go to the families of the victims & for early recovery of the injured," Khan tweeted.