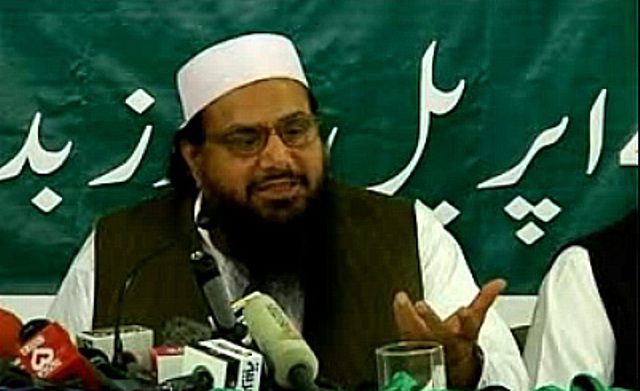 "The list — updated and accessed on Tuesday — identifies all those individuals who have lived in Pakistan, operated from there or have been associated with groups that used Pakistani territory for carrying out their operations, from Al Qaeda’s Ayman al-Zawahiri to known Lashkar-e-Taiba (LeT) activists," reported Pakistan-based Dawn News.

Dawn News reported that  the "list also includes Dawood Ibrahim Kaskar, an Indian national who, according to the UN Security Council, has held several Pakistani passports issued in Rawalpindi and Karachi. The UN claims that he owns a 'palatial bungalow in the hilly area of Noorabad, Karachi'."

LeT’s Hafiz Mohammad Saeed 's name has been included in the list.

In a major move, the US Department of State has amended the designation of Pakistan-based terrorist organization Lashkar e-Tayyiba (LeT) to include the aliases MML and Tehreek-e- Azadi-e Kashmir (TAJK).

"The aliases have been added to LeT’s designations as a Foreign Terrorist Organization (FTO) under Section 219 of the Immigration and Nationality Act, and as a Specially Designated Global Terrorist (SDGT) under Executive Order 13224," read an official statement issued by the department.

"These designations seek to deny LeT the resources it needs to plan and carry out further terrorist attacks," read the statement.

"Among other consequences of the designations, LeT’s property and interests in property subject to U.S. jurisdiction are blocked, and U.S. persons are generally prohibited from engaging in any transactions with the group," it said.

Ambassador Nathan A. Sales, the Coordinator for Counterterrorism at the Department of State, noted: “Today’s amendments take aim at Lashkar e-Tayyiba’s efforts to circumvent sanctions and deceive the public about its true character. Make no mistake: whatever LeT chooses to call itself, it remains a violent terrorist group. The United States supports all efforts to ensure that LeT does not have a political voice until it gives up violence as a tool of influence.”

Formed in the 1980s, LeT was responsible for the November 2008 terrorist attacks in Mumbai, India that killed 166 people, including six Americans, and has killed dozens of Indian security forces and civilians in recent years.

The Department of State designated LeT as an FTO and SDGT on December 26, 2001. Its leader, Hafiz Muhammad Saeed, is also designated as an SDGT.

To avoid sanctions, LeT has repeatedly changed its name over the years. In January 2017, LeT began operating under the name Tehreek-e-Azadi-e-Kashmir. LeT has engaged in terrorist activities under this name, including inciting terrorism, as well as recruiting and fundraising. In August 2017, LeT chief Hafiz Saeed created the MML to serve as a political front for the group. LeT members make up MML’s leadership and the so-called party openly displays Saeed’s likeness in its election banners and literature.

The actions notify the U.S. public and the international community that TAJK and MML are aliases of LeT.

Terrorism designations expose and isolate organizations and individuals, and deny them access to the U.S. financial system.

"Moreover, designations can assist the law enforcement activities of U.S. agencies and other governments," read the official statement.

India on Tuesday welcomed the United States' decision to put Milli Muslim League (MML) and 7 of its functionaries to list of global terrorists.

In a statement, Spokesperson said: "India welcomes the action taken by the US for designating the Milli Muslim League as an alias of Lashkar-e-Taiba (LeT), a Pakistan based terrorist group and its functionaries who are acting on behalf of LeT."

"It vindicates India’s position that Pakistan has not taken effective action against terrorist groups and individuals. It is also cognizance of the fact that terrorist individuals and entities are allowed to change names and continue to operate freely from territory under Pakistan’s control," it said.

"The designation is a rejection of the attempts being made in Pakistan to mainstream terrorist individuals and entities; and highlights Pakistan’s failure to fulfil its international obligation to dismantle terrorist sanctuaries, and disrupt terror financing," it said.