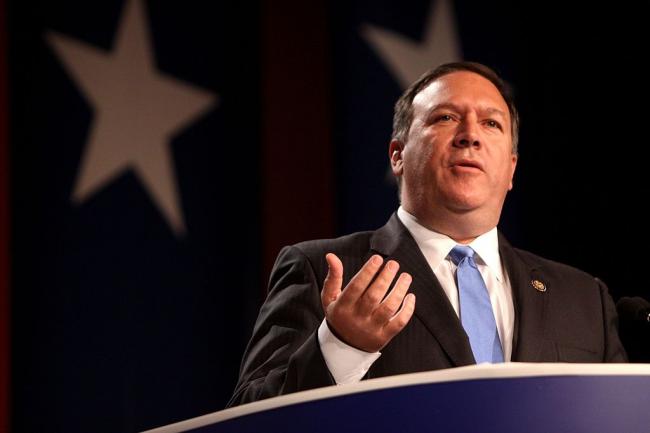 CIA warns Pakistan that US will act if safe havens of terrorists not destroyed: Dawn

Islamabad, Dec 4 (IBNS): At a time when US Defence Secretary James Mattis is visiting Pakistan, country's CIA Director Mike Pompeo has warned the south Asian nation to eliminate alleged safe havens present within its territory, according to a Pakistan media report.

He said US will will do “everything we can” to destroy them in case actions are not taken against them.

" CIA Director Mike Pompeo has warned Pakistan that if it does not eliminate the alleged safe havens inside its territory, the United States will do 'everything we can' to destroy them," Dawn News reported.

According to The Express Tribune in Pakistan, the warning came when he was asked at the Reagan National Defence Forum in Simi, California, on November 2, how the Trump administration would persuade Islamabad to adhere to its new Afghan strategy.

“You begin by seeking their assistance,” Pompeo said, the media reported. Pompeo said safe havens inside Pakistan have been detrimental in allowing the US “to do what we needed to do in Afghanistan”, the paper reported.

Though Pakistan denied offering safe havens to terrorists groups, the US has blamed it for supporting the Haqqani network - a dangerous insurgent groups in Afghanistan- and the Talibans.

USA earlier warned to hold up $255 million in military assistance for Pakistan until it acts against the groups threatening Afghanistan.

Matters of mutual interest, including the US policy in South Asia and Afghan peace efforts, are being discussed in the meeting, sources told Geo News.

Before arriving in Pakistan, Mattis  was quoted as saying to Geo News that he intends to “work hard on finding the common ground” and “work together” with Pakistan.