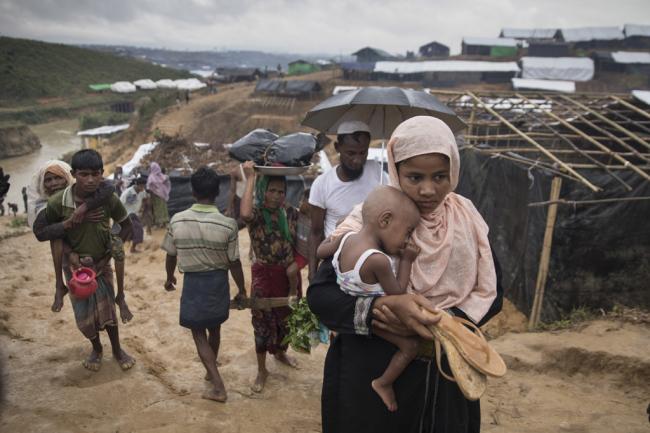 Naypyidaw, Nov 28 (IBNS): Pope Francis has given a key speech in Myanmar demanding respect for all ethnic groups but lacked any reference to the Rohingyas, media reports said.

Though the right groups have asked Pope to use the term "Rohingyas", the Catholic church in the country told him that such term would be problematic for them.

Myanmar refers to the Rohingya community as "Bengalis".

Pope said: "The future of Myanmar must be peace, a peace based on respect for the dignity and rights of each member of society, respect for each ethnic group and its identity, respect for the rule of law, and respect for a democratic order that enables each individual and every group - none excluded - to offer its legitimate contribution to the common good."

"As the nation now works to restore peace, the healing of those wounds must be a paramount political and spiritual priority."

"Religious differences need not be a source of division and distrust, but rather a force for unity, forgiveness, tolerance and wise nation-building.," he added.

At least 600,000 Rohingya have fled to Bangladesh ever since violence broke out in Myanmar, which has sustained criticism from human rights watch dogs for alleged ethnic cleansing.

Among the displaced Rohingya, Bangladesh's Cox's Bazar has been a hotspot, as the place has sheltered as many as 400,000 refugees.

Bangladesh, which has received overwhelming refugees in the past three months, is now mulling voluntary sterilization.