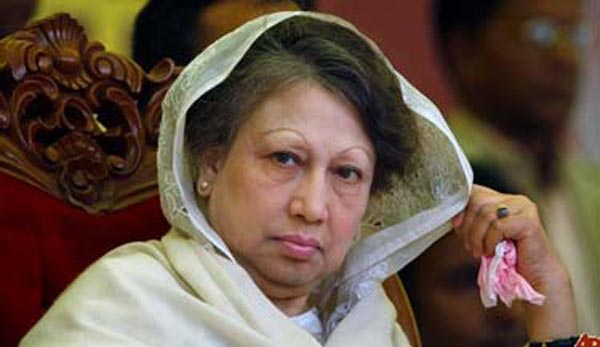 Cox's Bazar, Oct 30 (IBNS): The opposition leader and the Chairperson of the Bangladesh Nationalist Party (BNP), Khaleda Zia, will be meeting the Rohingya refugees in Cox's Bazar, where she will distribute support materials.

During her journey, the convoy was reportedly attacked, prompting the party to pin all allegations against its arch rival, the incumbent Bangladesh Awami League.

According to the local The Daily Star, Zia's convoy was greeted by a large number of party supporters, who queued up on both sides of the road.

A significant number of these supporters were women.

Ever since the alleged ethnic cleansing by Myanmar, Bangladesh has witnessed a large number of Rohingya exodus.

The country is presently housing at least 400,000 Rohingya refugees.