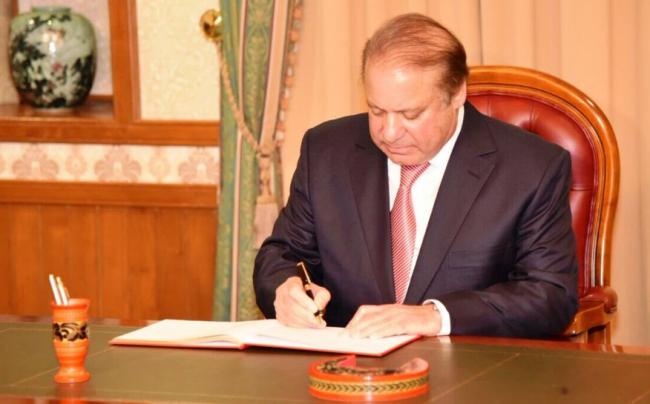 The current leader of the party is Nawaz Sharif.

The ECP in the notice said that under the Political Parties Order 2002, a disqualified lawmaker cannot hold any office in a political party, reported Dawn News.

Shortly after the ECP's notification was issued, DawnNews reported that the PML-N was holding a high-level meeting of senior party members, including Finance Minister Ishaq Dar and former interior minister Chaudhry Nisar.

Nawaz Sharif last month stepped down from the post after the Supreme Court disqualified him from holding public office.

The court announced its verdict in connection with the  Panama Papers case.

His stepping down brought Nawaz Sharif's third term in power to an unceremonious end.

He stepped down nearly an year before Pakistan would have participated in the scheduled general elections.