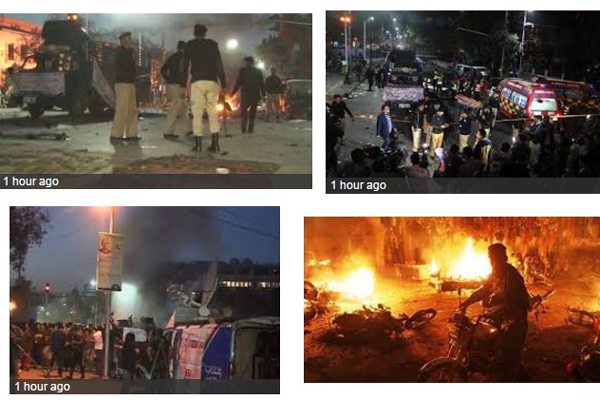 The attack occurred close to the Punjab Assembly.

The injured people have been shifted to various hospitals for treatment, media reports said.

Security has been hightened in other parts of the country, reports said.

Pakistani politician Imran Khan tweeted: "Shocked & saddened by the blast in Lahore. My prayers go to the families of the victims and for speedy recovery of the injured."