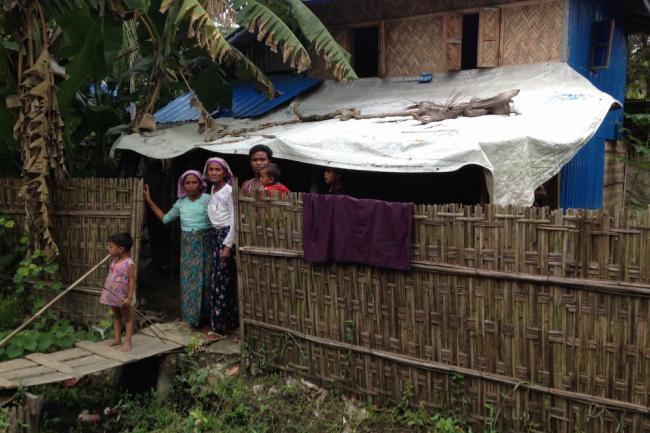 India Blooms News Service | | 19 Dec 2016, 05:05 pm
#Myanmar, #Rohingya, #Amnesty International
New York, Dec 19 (IBNS): The Myanmar security forces are responsible for unlawful killings, multiple rapes and the burning down of houses and entire villages in a campaign of violence against Rohingya people that may amount to crimes against humanity, Amnesty International reveals in a new report on Monday.

Based on extensive interviews with Rohingyas in both Myanmar and Bangladesh, as well as analysis of satellite imagery and photos and videos, the report also documents how dozens of people have been arbitrarily arrested during the military’s vicious and disproportionate security campaign in Rakhine State over the past two months.

“The Myanmar military has targeted Rohingya civilians in a callous and systematic campaign of violence. Men, women, children, whole families and entire villages have been attacked and abused, as a form of collective punishment,” said Rafendi Djamin, Amnesty International’s Director for Southeast Asia and the Pacific.

“The deplorable actions of the military could be part of a widespread and systematic attack on a civilian population and may amount to crimes against humanity. We are worried that the horrific tales of violations we have uncovered are just the tip of the iceberg.

“While the military is directly responsible for the violations, Aung San Suu Kyi has failed to live up to both her political and moral responsibility to try to stop and condemn what is unfolding in Rakhine state.” Rafendi Djamin, Amnesty International’s Director for Southeast Asia and the Pacific.

The Myanmar security forces launched a large-scale security operation in northern Rakhine State following an attack on border police posts on 9 October. The attack was blamed on militants from the Rohingya minority, in which nine police officers were killed.

Amnesty International’s research reveals how the military campaign has gone far beyond what could be considered a proportional response to a security threat. Multiple eyewitnesses described how soldiers entered their villages, fired randomly at - and killed - villagers, women, men and children. In at least one instance, soldiers dragged people out of their houses and shot them dead. Amnesty International has not been able to determine the true death toll.


In one incident on 12 November, military deployed two helicopter gunships to a group of villages in northern Rakhine State after a skirmish with suspected militants. The helicopters fired randomly on villagers fleeing in panic, killing an unknown number. The next day troops set fire to hundreds of homes.

One 30-year-old man said: “We got scared when we heard the noise from the helicopter… The soldiers were shooting randomly. If they saw someone, the helicopter shot. They were shooting for a long time… We could not sleep that night. The next morning the military came and started shooting again.”


Myanmar soldiers have raped and otherwise sexually assaulted women and girls during the security operations, usually as part of raids when the men of the village had fled.

Amnesty International has interviewed several Rohingya women who told us that they had been raped by soldiers, as well as other people who witnessed rapes. Aid workers in Bangladesh also confirmed that several rape survivors who had fled across the border were treated for their injuries.

Fatimah, a 32-year-old Rohingya woman who has fled to Bangladesh, said that military entered her village and dragged her out to a paddy field where they raped her: “Three military officers raped me… I don’t remember what happened next because I fell unconscious… I woke up early the next morning. I could not get up so I crawled across the paddy field.”


The military and border guard police have arrested hundreds of mainly Rohingya men, often targeting village elders, businessmen and community leaders. The report has documented at least 23 such cases, where Rohingyas have been taken away from their families by police with no information about their whereabouts or the charges against them.

Myanmar state media has reported that at least six people have died in custody since the military operation began, raising serious concern of torture in detention.

Security forces often beat Rohingya during the arrests. One woman described brutal tactics by the security forces when her two sons were picked up: “My two sons were tied up – the military tied their hands behind their backs -– they were beaten badly. The military kicked them in the chest. I saw it myself. I was crying so loudly.”


Through interviews with survivors and analysis of satellite imagery, Amnesty International has confirmed that the military has torched more than 1,200 Rohingya homes and buildings and sometimes burned down whole villages. Several eyewitnesses also described how soldiers used weapons, apparently rocket-propelled grenade launchers (RPGs), to destroy houses.

The destruction in villages where the military reportedly clashed with militants are particularly extensive, and indicates reprisal attacks by the armed forces.


Tens of thousands of lives are now at risk from a humanitarian crisis after the Myanmar authorities imposed a near blanket ban on aid in northern Rakhine State. Even before 9 October, malnutrition levels were critically high in the region where 150,000 people were dependent on food aid for their survival.

The suspension of health services is particularly worrying for the sick, as well as pregnant women and new mothers, many of whom now have no way of receiving medical treatment. At least 30,000 people forced to flee from their homes over the past months have essentially been left to fend for themselves as humanitarian groups have no access to them.


Tens of thousands of Rohingya have poured across the border to Bangladesh over the last two months in search of safety. The exact number of refugees is impossible to determine, but the UN estimates it to be at least 27,000.

In response to the influx, Bangladesh has strengthened its long-standing policy of sealing the border to Myanmar, and detained and pushed back thousands who have tried to flee. This is unlawful under international law as it violates the principle of non-refoulement – which absolutely prohibits forcibly returning people to a country or place where they would be at real risk of serious human rights violations.

The threat of arrest and deportation has meant that fleeing Rohingya have been forced into hiding in camps, villages and forests across south-eastern Bangladesh. They live in miserable conditions as the government has imposed severe limits on aid to avoid a “pull factor.”

“The Bangladeshi government must open its borders to asylum-seekers and stop treating Rohingya arriving in desperation as criminals. Aid groups must be allowed unfettered access to the tens of thousands of people who have fled horrific abuse in Myanmar,” said Champa Patel, Amnesty international’s South Asia Director.