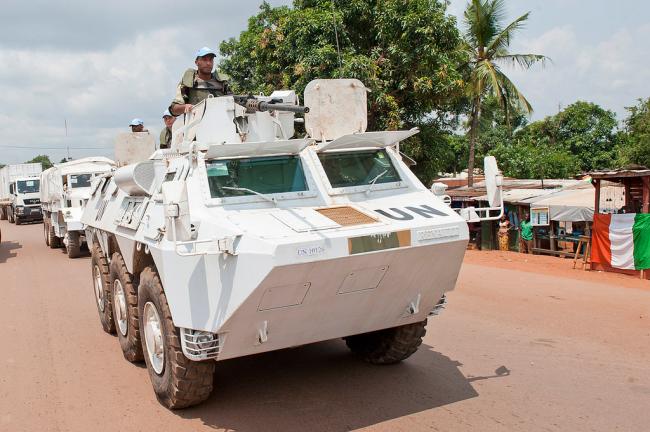 Houses have been burnt and properties looted in the fighting. The violence has caused significant displacement of the civilian population to the parish of Ngaoundaye, as well as to neighbouring Cameroon.

Issuing a statement, the Mission called on the armed groups and affiliated movements to put the interests of civilians above any other consideration. It also reiterated its readiness to find a solution to the crisis, related to the issue of seasonal migration, in collaboration with the Central African Republic (CAR) Government and the actors involved.

The Mission has reaffirmed its determination to provide stability and security in the country and protect the freedom of movement of the communities. In the wake of the violence, the security apparatus has been strengthened in the region and peacekeepers have been placed between the belligerents.

The Mission also noted that it is ready to provide all necessary support to conduct investigations to identify the instigators of the unrest who must be held accountable for their acts and be brought to justice.

More than three years of civil war and sectarian violence have displaced thousands of people in the CAR amid continuing clashes between the mainly Muslim Séléka rebel coalition and anti-Balaka militia, which are mostly Christian. The UN recently reported an upsurge in violence, in particular last September and October, committed by armed elements.