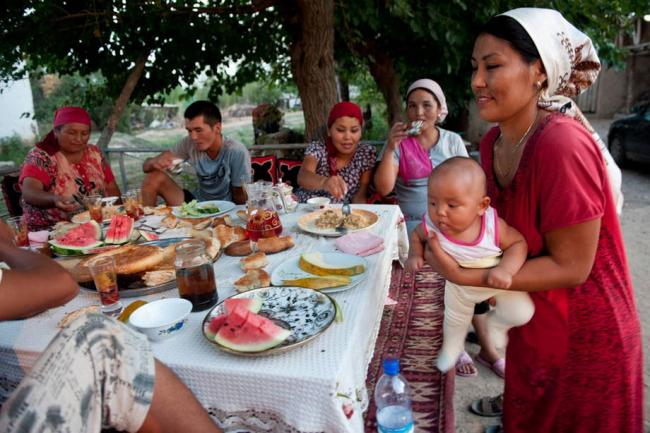 India Blooms News Service | | 05 May 2016, 08:11 am
#AGRICULTURE, #UN, #United Nations agricultural agency
New York, May 5 (Just Earth News/IBNS): While many countries in Europe and Central Asia have made progress in reducing the prevalence of hunger, other forms of malnutrition still exist in the region and can only be combated by prioritizing food security, agriculture and rural development, the head of the United Nationâ€™s agricultural agency said on Wednesday

Speaking at the start of the biennial Food and Agriculture Organization (FAO) Regional Conference for Europe, taking place from 4 to 6 May in Antalya, Turkey, the agency’s Director-General, José Graziano da Silva, noted that the absolute number of hungry people in the region – measured in terms of their caloric energy intake – dropped by at least 40 per cent since 1990.

“But despite overall positive trends regarding food security, others forms of malnutrition still persist and continue to be a problem, affecting all the nations in this diverse region,” he said.

For example, in 48 of 53 countries in the wider Europe and Central Asia region, the combined overweight and obesity prevalence in the adult population exceeds 55 per cent, while relatively high rates of stunting continue to be seen among children in the Caucasus and Central Asia, the Director-General said.

He highlighted that many governments in the region have already started taking steps that move beyond just producing more food, and which seek to transform food systems to improve food quality and people’s nutrition.

Noting that a substantial number of the region’s poor and malnourished people live in the countryside, the Director-General emphasized that fostering dynamic rural economies must remain at the heart of development efforts.

To support such work, FAO has embarked on two priority regional initiatives. The first focuses on empowering smallholders and family farmers in order to improve their livelihoods and resilience to disasters and shocks, including climate change, while the second aims at improving the agriculture and food trade-policy environment in ways that can help small- and medium-sized farm operations thrive and expand.

Against the backdrop of Turkey, which is currently struggling to cope with more than 2.5 million international refugees and migrants,  Graziano da Silva also emphasized the need to combat at their roots phenomena that put stress on populations and trigger migration, both within countries and across borders.

Armed conflicts are one cause, but climate change, food-chain threats such as agricultural pests and diseases, rural poverty, climate-induced natural disasters and other harsh realities also put pressure on families and communities, the Director-General said.

FAO Regional Conferences take place every two years, bringing together in the case of Europe and Central Asia delegates from 53 member countries and one member organization – the European Union. Numerous observer organizations representing civil society and the private sector also participate in the conference, which sets regional priorities for food and agriculture, and oversees FAO’s field programme and other work in the region.

This week’s sessions include a ministerial-level discussion on how FAO members in Europe and Central Asia will respond to the Sustainable Development Goals (SDGs). Promotion of a group of foods known as pulses – dried beans, peas, lentils and other edible seeds that grow in pods – is another central agenda item. Food losses and waste, nuclear techniques for controlling insect pests, and the upcoming World Programme for the Census of Agriculture will also be discussed.