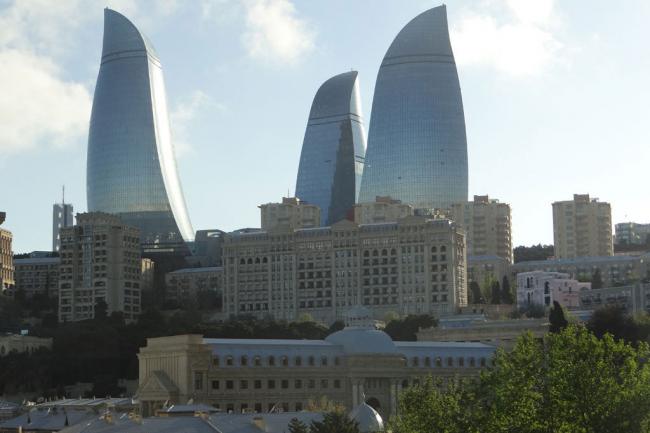 Among the major outcomes from the Global Forum Baku 2016 was the unanimous adoption by delegations of the Baku Declaration, a political document that will guide future efforts towards achieving the goals of UNAOC - a body mandated to promote harmony among nations.

The Forum, which kicked off yesterday, brought together more than 4,300 participants, including Heads of State and Government, political officials, civil society representatives, religious and youth leaders, who exchanged their perspectives under the main theme on 'Living Together in Inclusive Societies: A Challenge and A Goal.'

The Baku Declaration calls for the implementation of the commitments made there so that Governments, with the support of the civil society, can overcome challenges and move forward towards the goals of living together in inclusive societies for sustainable development.

“Through the Baku Declaration, the Group of Friends reaffirmed its support to UNAOC and expressed its conviction that UNAOC plays an important role as a global platform for sharing good practices for living together in inclusive societies,” UNAOC High Representative Nassir Abdulaziz Al-Nasser said at the closing session.

The outcome document condemns any advocacy of religious hatred that constitutes incitement to discrimination, hostility or violence, whether it involves the use of print, audiovisual or electronic media or any other means.

It also stresses the importance of implementing UNAOC's goals at the national level and supports the High Representative in his efforts, including the advancement of UNAOC programming as an instrument to address conditions conducive to the spread of violent extremism.

After presenting brief summaries of plenary sessions and other events,  Al-Nasser announced several new initiatives, including the launch of the advisory council composed of leaders from politics, religion, civil society and academia, which will provide guidance and recommendations to him and the Alliance.

In an interview with the UN Radio,  Al-Nasser said that the dimensions and causes of violent extremism and measures to prevent such a scourge in the future were examined in plenary and breakout sessions, stressing that this Forum was of “great importance” to the Alliance, particularly because UN Secretary-General Ban Ki-moon had mandated UNAOC to contribute to the implementation of his plan of action to prevent violent extremism.

He also noted the 'breakout sessions' held during the Forum addressing the issue of women in peacebuilding in conflict zones and creative storytelling about migrants, and paid tribute to the youth participants who gathered in Baku to create their narratives of tomorrow.

Also speaking in the closing session was Abulfas Garayev, Minister of Culture and Tourism of Azerbaijan and Chairman of the National Organizing Committee for the UNAOC 7th Global Forum, who said that the more than 4,300 people representing 147 countries registered for the conference, during which 40 discussions and panels were conducted.