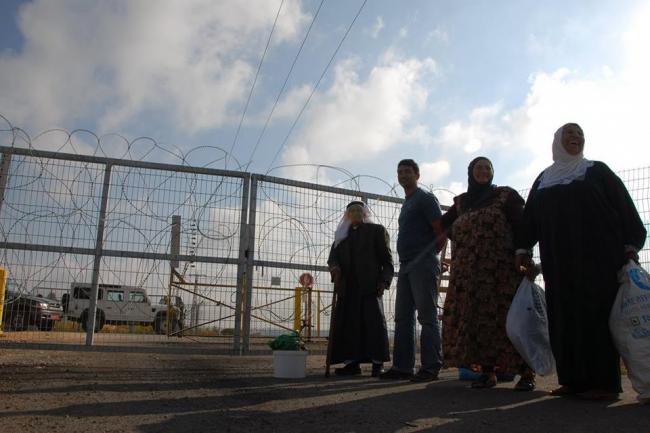 
New York, Mar 31 (Just Earth News/IBNS): The Office of the United Nations High Commissioner for Human Rights (OHCHR) on Wednesday said it is extremely concerned about the apparent extra-judicial execution last Thursday of a Palestinian man in the Hebron.

According to OHCHR, two Palestinian men allegedly stabbed and wounded an Israeli soldier at a checkpoint in the Israeli-controlled area of Hebron on Thursday morning, and were both shot during the attack. A video later emerged appearing to show one of the alleged Palestinian assailants, subsequently identified as Abd al-Fatah al-Sharif, lying injured but still alive on the ground. Medical staff were shown attending to the wounded soldier, who was driven away in an ambulance, but did not appear to offer any medical assistance to  al-Sharif.

The video then shows an Israeli soldier shooting  al-Sharif in the head, killing him. What is particularly chilling is the way none of the 20 or so people at the scene, including medical personnel, appear to pay any attention to the wounded man while he was still alive, and also barely show any reaction in the immediate aftermath of his killing.

“We note the news that the Israeli authorities subsequently launched an investigation into this very disturbing incident,” said Rupert Colville, the Spokesperson for the UN High Commissioner for Human Rights, in a media statement. “We also note they have detained the soldier involved in the shooting and a military court has been questioning him. A prompt, thorough, transparent and independent investigation is essential.”

Colville added that OHCHR is concerned this killing may not be a lone incident: a disturbing number of Palestinians - reportedly more than 130 in all - have been killed in recent months during or after attacks on Israeli civilians and members of the security forces, during which 28 Israelis have been killed.

“This is not the first incident to be captured on video that raises concerns of excessive use of force. A major concern is that such cases appear not to have been systematically subjected to criminal investigations. This is particularly important in cases that may have involved disproportionate use of force, or possible extra-judicial executions. All incidents where security forces have caused death or injury should be fully investigated, and those responsible brought to account,” the spokesperson added.

“We would also like to remind the Israeli authorities of their duty to protect the man who filmed the incident from the roof of a nearby building. Some reports say he and his family are being intimidated, and he has even been threatened with legal action. As a key eyewitness to the killing, he should be protected from any reprisals,”  Colville stressed, adding that OHCHR urges the Palestinian authorities “to take all feasible measures to prevent attacks on Israelis, which are reprehensible.”

“While the security forces are entitled to defend themselves and others from these types of attacks, we urge the Israeli authorities to ensure all members of their security forces fully comply with their obligation to use force with restraint, only when strictly necessary, and in accordance with the principle of proportionality, and are constantly reminded that killing people who are no longer presenting an immediate threat is a crime, and will be treated as such,” the spokesperson concluded.

In a separate statement, the UN Special Rapporteur on extrajudicial, summary or arbitrary executions, Christof Heyns expressed his outrage at the incident, saying: “The images shown carry all the signs of a clear case of an extrajudicial execution […] there does not appear to be any provocation on the side of the gravely wounded man.”

The Special Rapporteur expressed further concern at the decision of the medical personnel on the scene to ignore  Abed al-Fatah al-Sharif and attend only to the injured Israeli soldier, who had sustained light injuries.

He went on to note that a total of 133 Palestinians and 30 Israelis (including 2 Arab Israelis) have been killed since the recent outbreak of hostilities in October last year.

“The current cycle of provocation and retaliation has to stop. Political leaders on both sides have an obligation to condemn the killings and to ensure accountability,” the human rights expert stated.

Independent experts or special rapporteurs are appointed by the Human Rights Council to examine and report back on a country situation or a specific human rights theme. The positions are honorary and the experts are not UN staff, nor are they paid for their work.