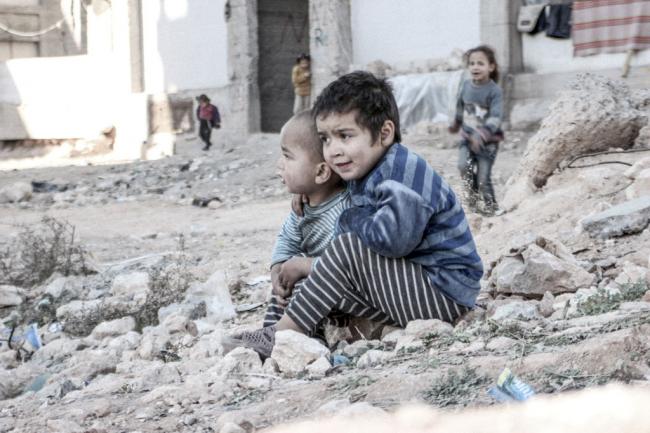 India Blooms News Service | | 15 Mar 2016, 08:29 am
#UN, #Syria peace talks, # Geneva
New York, Mar 15 (Just Earth News/IBNS):Talks resumed on Monday between representatives of the Government and those of the opposition in Syria, where the United Nations envoy overseeing the discussions said a â€œfragileâ€ cessation of hostilities has been holding for 18 days.

Speaking to reporters in Geneva on the eve of the fifth anniversary of the conflict – "a sad anniversary" – the UN Special Envoy of the Secretary-General for Syria, Staffan de Mistura, said the renewal of the intra-Syrian talks is “a moment of truth” and that the only available Plan B is a “return to war, and to an even worse war that we had so far”.

“We [the UN] are facilitating, mediating, pushing, stimulating. But the real peacemakers here are the peacemaking powers who wanted these talks, the ISSG, and the Security Council members, and hopefully the Syrian sides,” said  de Mistura, referring to the acronym for the International Syrian Support Group (ISSG), of which the UN is a member along with the Arab League, the European Union and 17 countries – including the United States and Russia – which have been seeking a path forward for several months.

The focus of the new talks is on matters of governance, including a new Constitution of Syria, and the holding of elections.

The agenda for the proximity talks is “set”,  de Mistura said, and based on Security Council resolution 2254 (2015) and the Geneva Communiqué.

“The rule of the game will be 'inclusiveness',” the UN envoy noted, adding hope that the proximity negotiations will lead to direct negotiations.

de Mistura acknowledged that spoilers would try to derail the talks but that “the secret will be to be cold and determined”. He added that “public rhetoric will try to cast iron preconditions, but this is a moment of truth, and hopefully proactive chance.”

In addition to the talks, two task forces created by the ISSG are overseeing humanitarian aid delivery to thousands of Syrians since a cessation of hostilities took hold on 27 February, at the endorsement of Security Council resolution (2016) 2268.

The cessation is being watched closely by Syrians seeking refuge in neighbouring countries.

Describing a conversation he had with a member of his Syrian Advisory Board yesterday, the UN envoy said the woman had returned from the Beqaa valley in Lebanon, as well as Turkey and Lebanon. She described how one of the women said that if the cessation holds, she would move the tent in which her family is living to the site of their ruined house “because I want my own dignity and I love my country”.

de Mistura will brief the Security Council on Monday in closed consultations.

More than 80 percent of Syria's children now impacted by conflict

Meanwhile, unless the needs and rights of the more than eight million Syrian children are addressed, an entire generation will be lost, along with decades of development progress, the UN Children's Fund (UNICEF) warns in a new report that calls on the international community to protect the youngest civilians amidst “a children's crisis.”

According to the report, entitled No Place for Children, some 8.4 million children – more than 80 per cent of Syria's child population – are now affected by the conflict, either inside the country or as refugees in neighbouring countries.

“What are we to say to them and to all the children of Syria? That we don't care if they become a lost generation, because of losses in learning and good health that will affect them for years to come?” UNICEF Executive Director Anthony Lake asks in the first pages of the report.

“We cannot restore the precious years of childhood snatched away by this brutal war, but we can and must prevent their futures from also being stolen,” he added. “For their futures are the future of Syria.”

The report notes the various ways that children are impacted by the conflict, and offers five critical steps for protecting them.

Thirteen-year-old Mohammed, who is a refugee in Turkey, told UNICEF he does not know how to view his future.

“I am kind of in between hopeful and hopeless. Maybe in time I will be able to answer this question,” he said. “I just wish there was such a power on earth that could bring back the things I have lost.”

Released as the Syria conflict enters its fifth year, the report notes that some 3.7 million Syrian children are five years of age or older. With a conflict that is now “the most deadly and complex” of our time, it is also the only way of life that these youngsters have ever known.

Investing in learning is one of the five recommendations that UNICEF laid out in on Monday’s report. In addition, it is seeking $1.4 billion this year to support around 4 million children and young people inside Syria and in neighbouring countries access formal and non-formal education.

The agency also called for an end to violations of children’s rights, and urged respect for obligations under international humanitarian law and human rights law, such as immediately ending attacks on education, health and water facilities, and preventing sexual violence and recruitment of children.

In addition, UNICEF called for all parties to the conflict to enable immediate, unhindered and sustained access to besieged and hard to reach areas; for restoring dignity to Syrian children and protecting their rights; and urged donors to fulfil a $1.1 billion appeal to continue providing assistance to children inside Syria and in neighbouring countries.