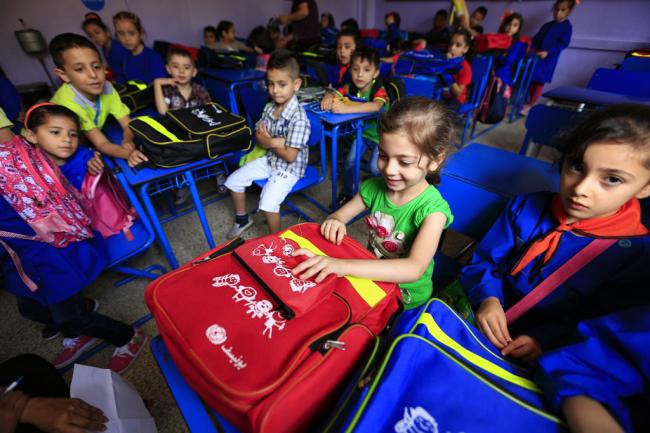 India Blooms News Service | | 27 Jan 2016, 08:38 am
#UNICEF, # children, # humanitarian appeal
New York, Jan 27 (Just Earth News/IBNS): The United Nations Childrenâ€™s Fund (UNICEF) on Tuesdayannounced the launch of a $2.8 billion appeal to reach 43 million children in humanitarian emergencies worldwide, with for the first time ever the largest portion of the appeal â€“ 25 per cent â€“ going towards their education.

“Millions of children are being robbed of their education,” said Afshan Khan, UNICEF’s Director of Emergency Programmes, in a press release.

“Education is a life-saving measure for children, providing them with the opportunity to learn and play, amidst the carnage of gunfire and grenades,” she continued. “This year, a quarter of our appeal is devoted to education. By educating the minds of children and young people we are building hope so they can envisage a better future for themselves, their families and their societies and help break the cycle of chronic crisis.”

The agency says it plans to dramatically increase the number of children in crises who are given access to education – from 4.9 million at the beginning of 2015 to 8.2 million in 2016. More than half – five million – will be Syrian children inside the country or in neighbouring countries.

Noting that its Humanitarian Action for Children 2016 has doubled since this time three years ago, UNICEF is warning that the twin drivers of conflict and extreme weather are forcing growing numbers of children from their homes and exposing millions more to severe food shortages, violence, disease, abuse, as well as threats to their education.

According to UN estimates, around one in nine of the world’s children is now living in conflict zones. In 2015, children living in countries and areas affected by conflict were twice as likely to die of mostly preventable causes before they reached the age of five, than those in other countries.