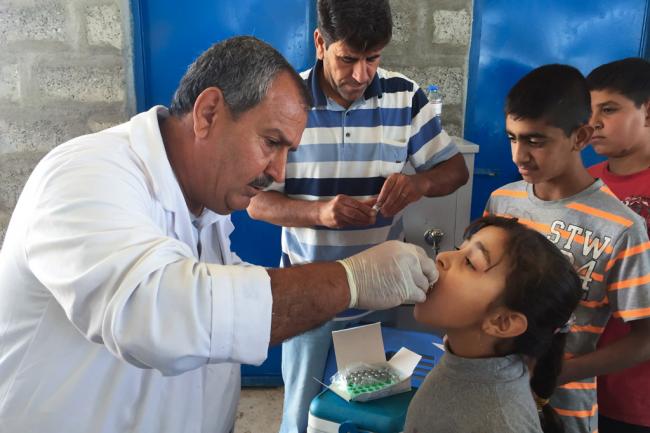 India Blooms News Service | | 09 Jan 2016, 09:03 am
#Cholera, # Oral Vaccines, # WHO, # Health, # UN
New York, Jan 9 (Just Earth News/IBNS): Faced with a global shortage of oral cholera vaccines (OCV), the United Nations health agency announced on Friday that supply should double this year to six million doses, with further increases later, after it approved a third producer to fight a disease that kills up to 142,000 people annually.

Last year, Sudan and Haiti asked the UN World Health Organization (WHO) for supplies to conduct pre-emptive vaccination campaigns, but the requests could not be filled because of the global shortfall.

The new producer, a company in the Republic of Korea, was approved under the WHO’s pre-qualification programme, which ensures that drugs and vaccines bought by countries and international agencies such as the UN Children’s Fund (UNICEF) meet acceptable standards of quality, safety and efficacy.

The additional capacity will help reverse a vicious cycle of low demand, low production, high price and inequitable distribution, to a virtuous cycle of increased demand, increased production, reduced price and greater equity of access, WHO said in a news release.

Cholera is an acute diarrhoeal disease that can kill within hours if left untreated. There are between 1.4 million and 4.3 million cases a year, with up to 142,000 deaths.

Cholera is endemic in over 50 countries, but usually only gains international attention during emergencies, such as the outbreak among refugees in Goma, Democratic Republic of the Congo, in 1994 that killed tens of thousands.

Climate change and the El Niño weather phenomenon that causes droughts or flood in various parts of the world, may also be contributing to more frequent cholera outbreaks.

OCVs have been used in mass campaigns in emergencies since 1997. But because the disease disproportionately affects poor communities who are often unaware that the vaccines exist, there has historically been little demand for the products. In 2013 the WHO created the world’s first stockpile, pledging to buy and use two million doses a year to create demand.

Access to OCV has been further improved by a five-year, $115-million commitment from Gavi, the public-private vaccine alliance, to expand availability and use in countries with endemic cholera.

Since the stockpile was created more vaccines have been distributed and used than in the previous 15 years. A total of 21 OCV deployments of about 4 million doses to 11 countries have been used in various contexts: humanitarian crises in Cameroon, Haiti, Iraq, Nepal, South Sudan, and Tanzania; outbreaks in Guinea and Malawi; and endemic hotspots such as Bangladesh and Democratic Republic of the Congo.