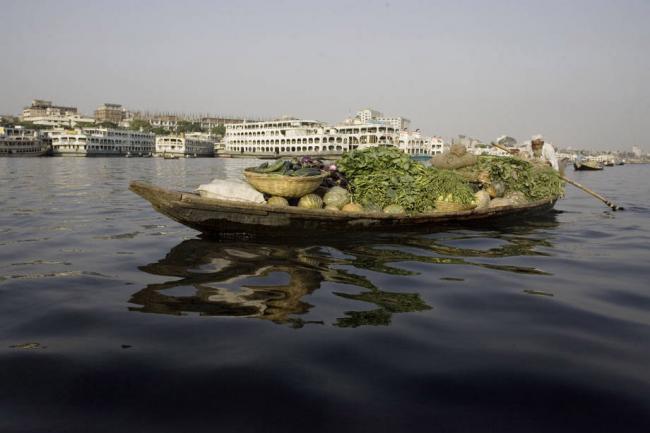 India Blooms News Service | | 16 Oct 2015, 07:24 am
#FAO, # Hunger, # Nutrition, # UN
New York, Oct 16 (IBNS): Cities have a key role to play in ending hunger and improving nutrition, the head of the UN Food and Agriculture Organization (FAO) said on Thursday, welcoming a commitment by more than 100 cities from around the world to make food systems in urban areas more equitable and sustainable.

“A majority of the population of the world already lives in cities and the urban population is going to increase, particularly in developing countries,” FAO Director-General José Graziano da Silva said in a press release.

“Unfortunately, many cities cannot ensure regular and stable access to adequate food and water for all, nevertheless food security and nutrition remains overlooked in urban planning and development,” he warned.

Meanwhile, at a mayors’ summit in Milan organized in the context of the Expo Milano universal trade exhibition under the theme “Feeding the Planet, Energy for Life,” José applauded Milan’s Mayor Giuliano Pisapia and his counterparts from other cities for signing the Milan Urban Food Policy Pact.

Through the agreement, cities adhere to four principles: guaranteeing healthy food for all, promoting sustainability in the food system, educating the public about healthy eating, and reducing waste.

Urban centres will be key actors in achieving the globally-agreed Sustainable Development Goals (SDGs), including the eradication of hunger by 2030, José said, noting that achieving these goals or sustaining them in the long run will also require tackling climate change and reducing emissions.

He also referred to the need to address unhealthy or wasteful practices. “Obesity grows at alarming rates, particularly in urban areas of middle and upper income countries, where diet changes are driven by people's lifestyles,” he said, underlining how food waste in cities is increasingly higher.

“Among other reasons, urban customers often discard fruits and vegetables that don’t look good, even when they are perfectly fresh,” José added.

The framework for the Urban Food Policy Pact, which was developed with FAO’s technical assistance, recognizes the importance of an inclusive approach that brings together governments, private sector and civil society.

It also underscores the importance of enhancing the links between urban centres and their surrounding rural areas. In this context, José cited innovative solutions such as the increase in small-scale urban and peri-urban agriculture that can produce food which helps to diversify and foster healthier diets of families and households living in cities.

Expo Milano began in May and continues until the end of October.