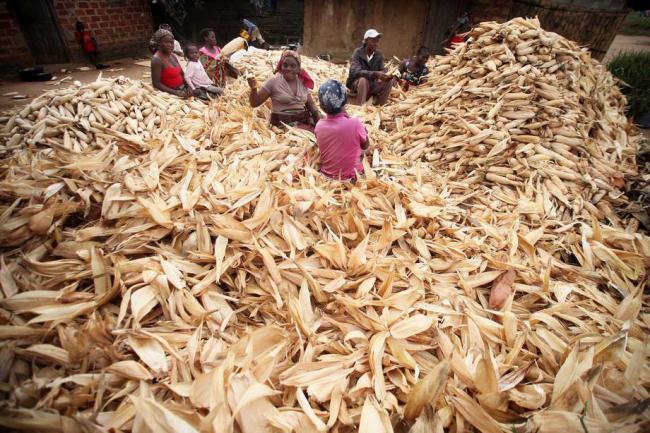 India Blooms News Service | | 09 Oct 2015, 09:23 am
#FAO, # Food prices, # Agriculture
New York, Oct 9 (IBNS): Food prices are staying lower for longer periods, the United Nations Food and Agriculture Organization (FAO) reported on Thursday, saying lower food prices "seem to be a boon to food security and are indeed just that for households who spend a large share of their income on food purchases."

The FAO Food Outlook released today also said that trade in cassava is poised to grow by 19 per cent and to hit a record high, due mostly to demand from China for a cheaper raw material for its animal feed, energy and industrial sectors, while trade volumes in seafood are also rising.

On the prices of agricultural commodities, FAO said that “after several dramatic upward price spikes from 2007 through early 2011, most cereal and vegetable oil prices are on a trajectory that is both steady and declining.”

“Among the reasons are high inventory levels, sharply lower oil prices and the renewed strength of the US dollar, none of which appear likely to be reversed in the short term, although unexpected shocks, such as weather-driven impacts on harvests, can never be excluded,” the report noted.

The report’s authors Adam Prakash and Friederike Greb, both commodity specialists at FAO, wrote that "the takeaway message here is that statistically, the most recent shifts in behaviour foresee downward price momentum with lower volatility.”

“New figures, also released today, show it inched up by about two-thirds of a percentage point from its August low to 165.3 points, which is still 18.9 percent less than a year earlier,” according to the index.

But FAO also noted that “the price path of the past few years and the prospective path ahead, are not the same for all food groups.”

Staple grains are at the core of the declining price trend, as a result of several years of robust harvests around the world as well as stockpiling that has taken reserves to record highs, according to the agency.

Analyzing the latest figures, the report said “lower food prices seem to be a boon to food security and are indeed just that for households who spend a large share of their income on food purchases.”

On trade, FAO said that global production is robust and inventory still high, but the volume of cereals being traded internationally is declining, driven by wheat – mostly due to lower imports in Asia, especially Iran and North Africa – and by coarse grains, where demand from Asia is lower, even though Africa and Europe are both expected to increase their imports.