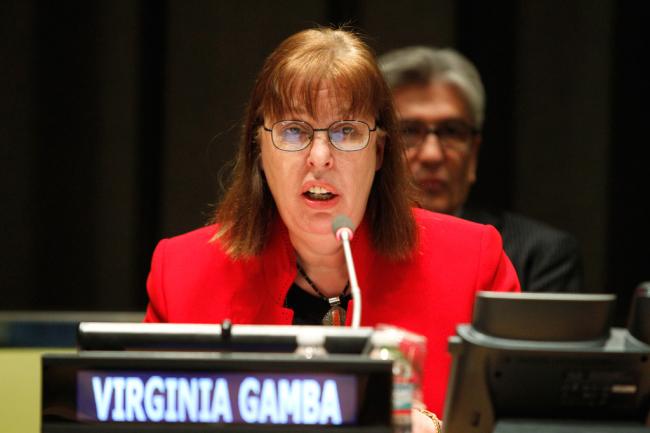 India Blooms News Service | | 23 Sep 2015, 09:35 am
#Syria, # chemical weapons, # Ban Ki moon
New York, Sept 23 (IBNS) United Nations Secretary-General Ban Ki-moon on Tuesday congratulated the leadership of a panel that has been charged with establishing a mechanism to investigate the use of chemical weapons in Syria.

The Organisation for the Prohibition of Chemical Weapons (OPCW) and the UN Joint Investigative Mechanism (JIM) was established this past August after the passage of a resolution by the UN Security Council. The joint body has been tasked with identifying “individuals, entities, groups, or governments involved in the use of chemicals as weapons, including chlorine or any other toxic chemical” in Syria.

“The Secretary-General congratulated the members of the JIM Leadership Panel on their respective appointments, and expressed his confidence in their ability to lead the work of the JIM with utmost integrity and professionalism,” said Dujarric.

The Spokesperson added that Gamba had provided the Secretary-General with an update on the progress made toward ensuring the mechanism was fully operational, and that both agreed on the importance of the mechanism’s independence and impartiality.

Dujarric also took the opportunity to share the Secretary-General’s concern over “the continuing allegations of the use of chemical as weapons in the Syrian Arab Republic” as well as his condemnation of any use of chemical weapons.

“In this context, the Secretary-General underlined that the unique mandate of the JIM demonstrates the determination of the international community to hold those who use chemical weapons accountable,” said the Spokesperson.