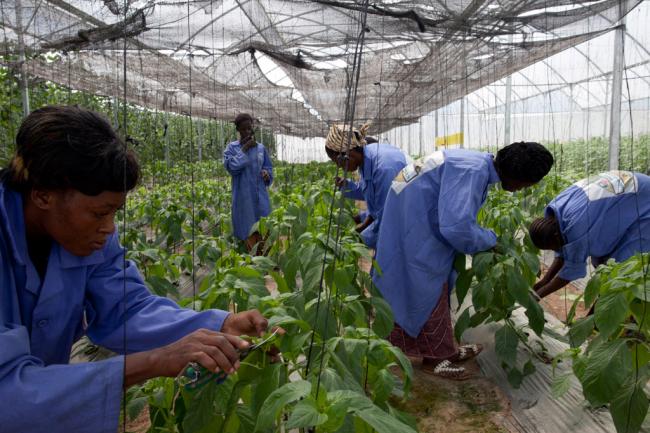 India Blooms News Service | | 19 Sep 2015, 09:17 am
#UNICEF, # Global partnership
New York, Sept 18 (IBNS) The Millennium Development Goals (MDGs) achieved significant progress over the past 15 years, but persistent gaps in official development assistance and insufficient access to markets, affordable medicines and new technologies have highlighted the need for a rejuvenation of the global partnership for development, according to a new United Nations report launched on Friday.

Produced by the UN MDG Gap Task Force, an inter-agency initiative that includes more than 30 organizations, Taking Stock of the Global Partnership for Development monitors the recent achievements and challenges in the implementation of Millennium Development Goal 8.

It also looks ahead towards the new sustainable development agenda that will be adopted by world leaders at a special summit next week, and which will include the launch of a new set of Sustainable Development Goals (SDGs).

“I look forward to working together to deliver on the unfinished MDG commitments, tackle inequality and meet the new challenges that have emerged across the three dimensions of sustainable development – economic, social and environmental,” Ban said.

“The level of ODA committed did rise significantly during the lifetime of the MDGs,” Helen Clark, Administrator of the UN Development Programme (UNDP), told the press.

“In each of the past two years it has stood at over $130 billion. We must applaud those donors which currently meet or exceed the agreed UN target of allocating 0.7 per cent of Gross National Income to ODA. We thank others striving to reach that target, and the growing contributions of South-South development cooperation providers.”

Also participating in today’s briefing was the Under-Secretary-General for Economic and Social Affairs, Wu Hongbo, who said ODA is necessary but is not enough.

“In order to implement the sustainable development agenda, all available resources need to be mobilized in addition to the public financing,” he said. “I think we need policy guidance that will encourage the private sectors and the companies [to] come on board and support the implementation financially.”

The MDG Gap Task Force report also covers the latest merchandise exports figures, showing that developing countries’ access to developed-country markets has reportedly improved from 30.5 to 43.8 per cent from 2000 to 2014.

Furthermore, debt burdens have been reduced in most highly indebted poor countries, and mobile phone penetration in developing countries is estimated to reach 92 per cent at the end of 2015, compared to less than 10 per cent in 2000.

“The digital divide between developed and developing countries, however, persists, as it also persists between women and men and between rich and poor within countries,” Clark noted, adding that only 35 per cent of people in the developing world are using the Internet.

Ban urged partners across the world to embrace the ambition embodied in the new global goals, which will be the focus of the Sustainable Development Summit that will take place from 25 to 27 September at UN Headquarters in New York.