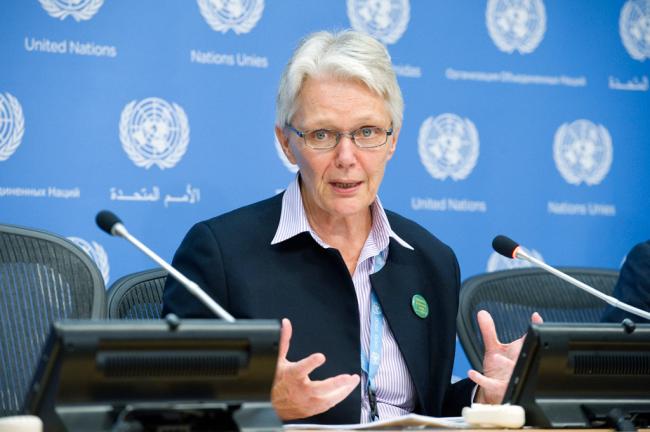 India Blooms News Service | | 18 Sep 2015, 08:50 am
#UN, # Chile
New York, Sept 18 (IBNS): The head of the United Nations Office for Disaster Risk Reduction (UNISDR) on Thursday lauded the Chilean Governmentâ€™s successful efforts to reduce disaster risk and minimise the number of casualties from the 8.3-magnitude earthquake and tsunami which occurred on Thursday night.

“Chile’s investment in resilient infrastructure, early warning systems and urban planning have ensured that casualties have been low on this occasion despite the intensity of the earthquake,” Margareta Wahlström said in a statement.

According to the UN Office for the Coordination of Humanitarian Affairs (OCHA), Chilean authorities declared a disaster area in the Choapa and Coquimbo provinces of Coquimbo region following the earthquake, which took the lives of eight people.

“Early warnings have been very effective in saving lives and the country’s mechanism for ensuring compliance with building codes has also paid dividends,” Wahlström added.

He said, “The evacuation of one million people ensured that there was no repetition of the loss of life which happened five years ago when 523 people died.”

She further explained that the fact that one million people had to be evacuated to escape the threat of high waves and coastal flooding is evidence that the world is seeing a huge surge in exposure to natural hazards, as more and more people live in coastal areas and river basins exposed to tsunamis and storms.

Meanwhile, while OCHA and its partners continue to monitor any possible impact in the Pacific region, “none of significance” is expected at this stage, it noted.

Chile is among the many disaster-prone countries that played a key role in formulating the Sendai Framework for Disaster Risk Reduction, a global plan for reducing disaster losses that was adopted earlier this year at a UN conference held in the Japanese city.