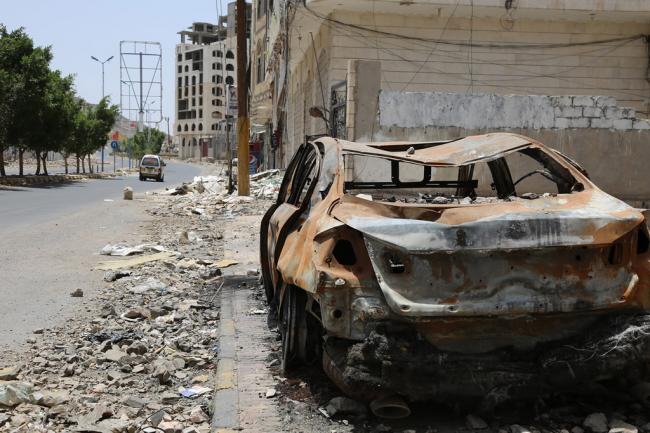 India Blooms News Service | | 16 Sep 2015, 08:47 am
#UN, # Yemen
New York, Sept 16 (IBNS): Two senior United Nations officials on Tuesday condemned "the virtual silence" about the increasing impact on civilians of the escalating conflict in Yemen, and urged leaders from all sides to refrain from manipulating religious identities for political purposes.

“Unless there is a serious commitment of the parties to find a political solution to the conflict that will end the violence and ensure humanitarian access to all populations, without discrimination, the situation is likely to degenerate further,” warned Adama Dieng, the Special Adviser on the Prevention of Genocide, and Jennifer Welsh, the Special Adviser on the Responsibility to Protect.

The joint statement by the two officials comes a day after UN High Commissioner for Human Rights Zeid Ra’ad Al Hussein told the UN Human Rights Council that his office has found that over 2,000 civilians have been killed and more than 4,000 wounded in Yemen.

He added that credible allegations of human rights violations by all parties to the conflict should be thoroughly examined by an independent and comprehensive body.

The Special Advisers “expressed alarm about allegations of serious violations of international humanitarian law and human rights law throughout the country, committed by both sides of the conflict.”

They “expressed concern at the ever increasing impact on civilians of the ongoing conflict in Yemen, and the virtual silence of the international community about the threat to populations.”

The statement added that “recent developments are likely to lead to escalation of the violence in central Yemen, particularly if Sana’a becomes the scene of confrontations between the Saudi-led military coalition and the Houthi forces, and civilians will bear the brunt of this violence.”

The officials also denounced the use of sectarian language by the Yemeni branch of the Islamic State of Iraq and the Levant (ISIL) and Al-Qaeda in the Arabian Peninsula to justify violations of international law and to fuel divide.

They urged leaders from all sides to refrain from manipulating religious identities for political purposes.

Meanwhile, UN humanitarian officials reported that damage to civilian infrastructure such as hospitals, mosques and schools continues unabated in Yemen, while the depletion of medical stocks and the lack of fuel to run hospital generators further exacerbate the humanitarian crisis.