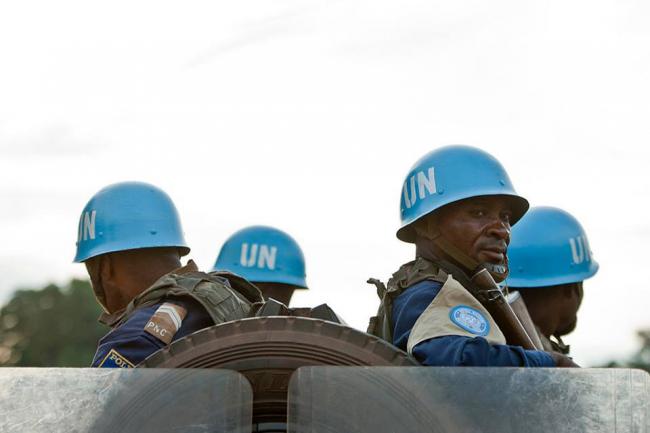 India Blooms News Service | | 16 Sep 2015, 08:44 am
#UN, # Central Africa, # Sexual Abuse
New York, Sept 16 (IBNS): A new allegation of sexual exploitation in the Central African Republic (CAR) was received on Tuesday by the United Nations peacekeeping mission in the country, reportedly committed by one of its civilian staff last Saturday.

The latest allegation follows 15 other possible cases of sexual exploitation and abuse by personnel of the UN Multidimensional Integrated Stabilization Mission in CAR (MINUSCA) that are currently under investigation.

She said, “The United Nations Office of Internal Oversight Services has immediately taken steps to investigate this case, consistent with the Secretary-General’s zero-tolerance policy on sexual exploitation and abuse.”

He also reiterated that MINUSCA condemns in the strongest possible terms any instance of sexual exploitation and abuse committed by UN personnel in CAR.

Meanwhile, the Secretary-General’s Special Representative and head of MINUSCA, Parfait Onanga-Anyanga, has discussed this new case with both the High Commissioner for Human Rights, Zeid Ra’ad Al Hussein, and the Under-Secretary-General for Peacekeeping Operations, Hervé Ladsous.

“[Mr. Onanga-Anyanga] reiterates his personal and institutional commitment to ensure that the rights and dignity of victims are protected, an investigation is carried out swiftly, and that justice is done,” Dujarric added.

Also from CAR, the UN Humanitarian Coordinator in the country, Aurélien Agbénonci, on Tuesday said he is alarmed by the recent eviction of 114 people from the Saint Jean Gabaladja displacement site in the capital, Bangui.

“The Humanitarian Coordinator says he was concerned the evictions could signal the start of a wave of forced movements, with nine displacement sites hosting 2,700 people currently under threat of eviction,” Dujarric noted.

“He said that any movement of displaced populations must be based on a voluntary decision by the concerned people, ensuring best safety conditions and [respecting] the dignity of people affected, following the rules and principles of international humanitarian law and the Kampala Convention.”

There are 31 displacement sites in Bangui alone hosting over 27,300 people, and the UN estimates that some 368,000 people are also internally displaced.