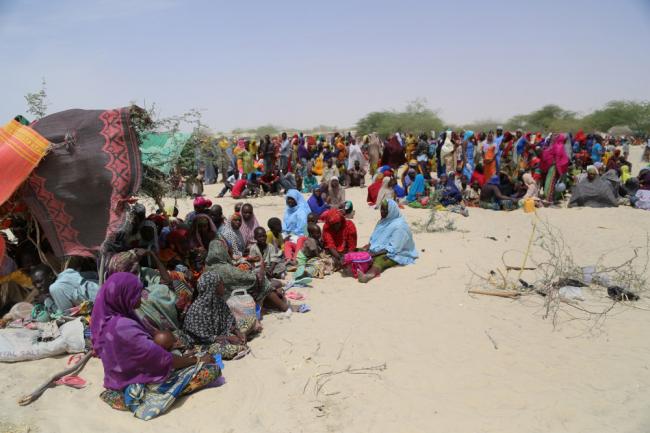 Adopting a Presidential Statement during a formal meeting, the Security Council expressed its concern at the continued threat posed to international peace and security by Boko Haram “and all other individuals, groups, undertakings and entities associated with Al-Qaida,” and reaffirmed Member States’ determination to continue doing all “they can to resolve conflict and to deny terrorist groups the ability to put down roots and establish safe havens.”

The Council went on to reiterate its strong condemnation of all the terrorist attacks, abuses of human rights and violations of international humanitarian law by Boko Haram in the Lake Chad Basin region, and recognized that women and girls are particularly targeted by Boko Haram.

Council members expressed deep sympathy and condolences to the families of the victims as well as to the peoples and Governments of Nigeria, Niger, Cameroon and Chad and wishes a speedy recovery to those injured.

Acknowledging a series of steps taken by the African Union (AU), the Security Council in its statement took note of the letter sent to the UN Secretary-General on 6 March 2015, forwarding the Communiques adopted by the AU Peace and Security Council on 29 January and 3 March 2015, as well as the Multinational Joint Task Force (MNJTF) Strategic Concept of Operations (CONOPS) to fight against Boko Haram.

In this regard, the Council commended the Lake Chad Basin Member States and Benin for their continued efforts to fully operationalize the MNJTF in order to collectively enhance regional military cooperation and coordination to more effectively combat the threat posed by the Boko Haram.

The Council also encouraged the Economic Community of Central African States (ECCAS) and Economic Community of West African States (ECOWAS), in coordination with the AU Commission, to accelerate joint efforts to adopt a comprehensive strategy to more effectively and urgently combat the threat posed by Boko Haram, and, in this regard welcomes plans to convene a summit in August and urges the two subregional organizations to adopt a common strategy and develop active cooperation and coordination.

Acknowledging the economic burden borne by the Boko Haram-affected countries and welcoming the continuing commitment of Member States and international partners participating in support of the MNJTF, the Council called upon the international community and donors to support the Force, particularly its operational capability and welcomes in this regard, the AUC plans to organize a donors' conference in support of the efforts of the Lake Chad Basin Member States and Benin.

The Council statement also spotlights the “deteriorating humanitarian situation” in the Lake Chad Basin countries, with close to 1.9 million people forcibly displaced in the region.

It reaffirmed the need for all parties to armed conflict to respect the principles of humanity, neutrality, impartiality and independence in order to ensure the provision of humanitarian assistance, and encouraged all actors involved in the response to support recovery programmes and, among others, to pay particular attention to the release and reintegration of children abducted by Boko Haram or formerly associated with this terrorist group.