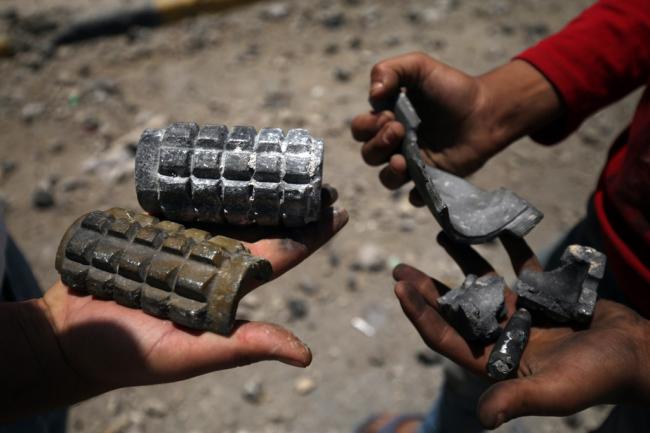 India Blooms News Service | | 29 Jul 2015, 08:47 am
#Yemen, # Ceasefire, # UN Relief Chief
New York, Jul 29 (IBNS): The conflict in Yemen has brought â€œappalling damageâ€ on an already suffering people, the top United Nations humanitarian official told the Security Council on Tuesday, pressing the international community to redouble its efforts to secure a pause in the fighting respected by all parties, thus providing space for relief workers to reach desperate civilians and for the warring sides to agree a durable ceasefire and, ultimately, a political solution.

“When I last reported on the situation…on 2nd June, I described Yemen as a looming humanitarian catastrophe. By every test, that catastrophe has now loomed, and loomed large.

This is an intense disappointment given the extent of our efforts here at the UN and with partners to find ways of alleviating the suffering and the descent into catastrophe,” the UN Under-Secretary-General for Humanitarian Affairs, Stephen O’Brien, said.

He announced that he will travel to Yemen in the coming weeks to see first-hand the needs of the Yemeni people and the challenges faced in meeting these.

With 80 per cent of the population of about 26 million people in need of some kind of humanitarian assistance and more than 1,895 civilians killed by fighting since March, the impact of the conflict on civilians is indeed catastrophic, he acknowledged.

He said, “Airstrikes hit a residential complex in Mokha on 24 July, killing at least 73 civilians. Bodies continue to be pulled out of the rubble, and the final death toll is not known.”

A humanitarian pause announced over the weekend has not been respected by any party to the conflict with airstrikes and ground fighting reported in eight governorates, O’Brien lamented, explain that since the nominal beginning of the unilateral pause announced by Saudi Arabia, coalition airstrikes had been confirmed, while ground fighting ware also confirmed in a number of areas. Rockets were launched from Houthi/pro-Saleh-held areas of Lahj into neighbouring Aden, prompting return fire by Popular Committees, he added.

He said, “We continue to witness the death and injury of civilians and the destruction of civilian infrastructure. As of 24 July, health facilities report over 4,000 conflict-related deaths and over 19,800 injuries since 26 March."

He added, "The Office of the UN High Commissioner for Human Rights (OHCHR) reports that 1,895 civilians have been killed, and 4,182 injured.”

Since March, the number of people in need of humanitarian assistance in Yemen has increased by 33 per cent from an already staggering 16 million people to more than 21 million in July. The number of those facing food insecurity has now increased from 10.6 to 13 million, an increase of 21 per cent.

He said, “Some aid agencies are now using the term ‘starvation’ to describe the situation of those most food insecure. Conditions caused by the fighting have contributed to the spread of preventable diseases such as acute diarrhoea, dengue fever and polio."

Commercial imports – which accounted for 90 per cent of Yemen’s food and fuel before the conflict – have decreased dramatically.

A light, UN-led inspections mechanism enabling the flow of commercial imports to increase has long been proposed and is still urgently needed. Negotiations continue.

Humanitarian partners, with the expectation that the planned pause would take hold, had developed an operational plan to reach an additional 3 million people in the initial 5-day period with vital assistance, including three million people with water and sanitation, 600,000 people with life-saving healthcare, 3.1 million people with food and 2,200 children under five years old with treatment for acute malnutrition.

“That plan is live and ready to go now – if only we could get a pause to stick,” said O’Brien, who is also the UN Emergency Relief Coordinator.

He added, “We can go where we have access – there are no partial judgments involved.”

However, partners continue, “amazingly and bravely,” to deliver whenever and wherever possible, “often at great risk to themselves.”

On Monday, humanitarian agencies including the World Food Programme (WFP) dispatched food for 62,000 people, while 50,000 others continued to receive water after the UN Children’s Fund (UNICEF) and its partners delivered fuel for the pumping station.

In Aden, he stressed, humanitarian partners have reopened health facilities that serve 360,000 people and began a vaccination campaign for 120,000 children.

“Brilliant as this is, it is a mere fraction of what is needed, and what could and can be delivered, if the violence and fighting paused, preferably ceased”, underlined the Emergency Relief Coordinator.

“Recognizing the need to scale up operational presence, the UN is establishing five hubs across the country, and international UN staff began working in Al Hudaydah today, the first time that UN international staff have been based outside the capital since the start of the conflict.”

The appeal for Yemen stands at $1.6 billion, of which only 15 per cent – $241 million – has so far been received, he explained. Much has already been spent by UN agencies and their partners advancing their own funds in expectations of the original Saudi pledge of $274 million being forthcoming.