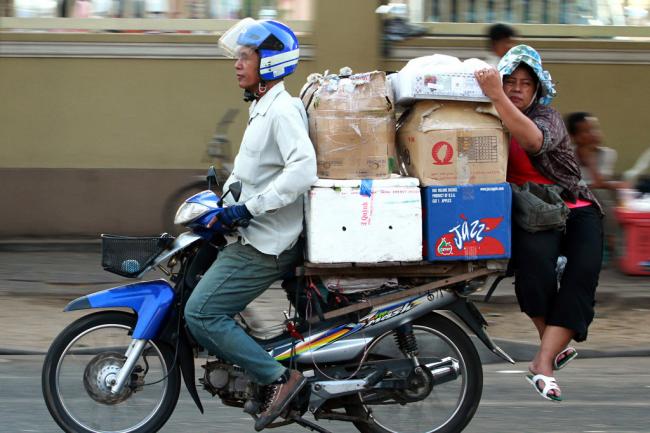 The draft Law on 'Associations and Non-Governmental Organizations' (NGOs) is scheduled to be examined by the Senate following its approval on Monday by the Cambodian National Assembly, according to a press release issued by Kiai, who is the UN Special Rapporteur on the rights to freedom of peaceful assembly and of association.

“Should the draft law be adopted, any group advocating for human rights, basic freedoms and good governance can be shut down and criminalized,” he said.

He added, “It will ultimately have a disastrous impact on Cambodian citizens' democratic participation in furthering the development of their country.”

“I urge the Senate to reject entirely the Bill as it falls significantly short of international human rights norms governing freedom of association, in particular Article 22 of the International Covenant on Civil and Political Rights, which Cambodia acceded in 1992,” Kiai said.

According to the press release, under the draft law, authorities will be able to de-register local and international associations and NGOs if they consider them as not “politically neutral” and similarly deny registration on the vague grounds that the purpose and goal of the associations or NGOs “endanger the security, stability and public order or jeopardize national security, national unity, culture, traditions, and customs of Cambodian national society.”

And associations and NGOs operating without registration in Cambodia will face criminal liability, it said.

“Equally troubling is the fact that there was no meaningful and transparent consultation with civil society throughout the drafting process,” Kiai said.

He said, “Despite repeated requests from a wide range of stakeholders, no draft was publicly released for several months until after the text was already approved by the Council of Ministers and submitted to the National Assembly.”

He went on to reiterate his offer of assistance to the Government and legislature, made on numerous occasions, “to help ensure that the draft law complies with international human rights law.”

“It is not too late to reverse the course of action,” said Kiai, who was appointed by the UN Human Rights Council as the first Special Rapporteur on the rights to freedom of peaceful assembly and of association in May 2011.

The special rapporteurs are experts in their field of human rights, independent from any government or organization, work on a voluntary basis, are not UN staff and do not receive a salary for their work.