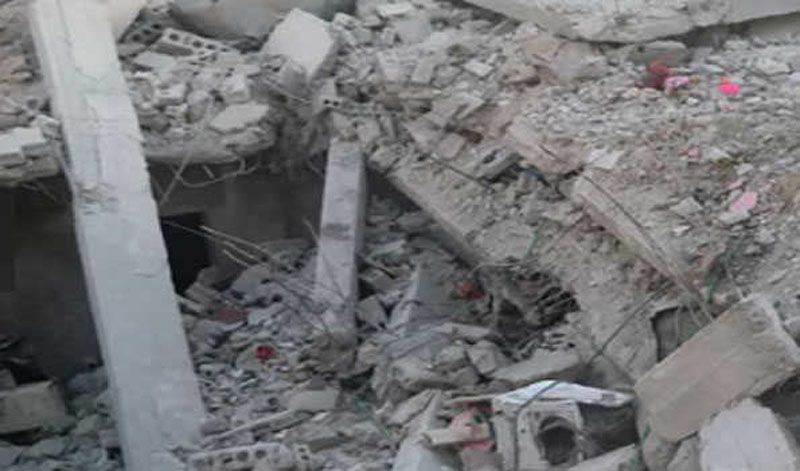 Aleppo: At least 13 people died as a building collapsed in the Syrian city of  Aleppo on Sunday.

Rescue workers are searching to find the survivors.

The Ministry of Interior stated in a statement that, at 3 AM on Sunday , a residential building, consisting of 5 floors, collapsed in the Sheikh Maqsoud neighborhood – a well-known street in the city of Aleppo, and there were 7 families among it, SANA news agency reported.

A police source told SANA reporter that the building consists of five floors, and that the reason for the collapse is due to water leakage into the bases of the building, and the rescue, civil defense and firefighting teams are still searching to pick up the missing persons under the rubble.