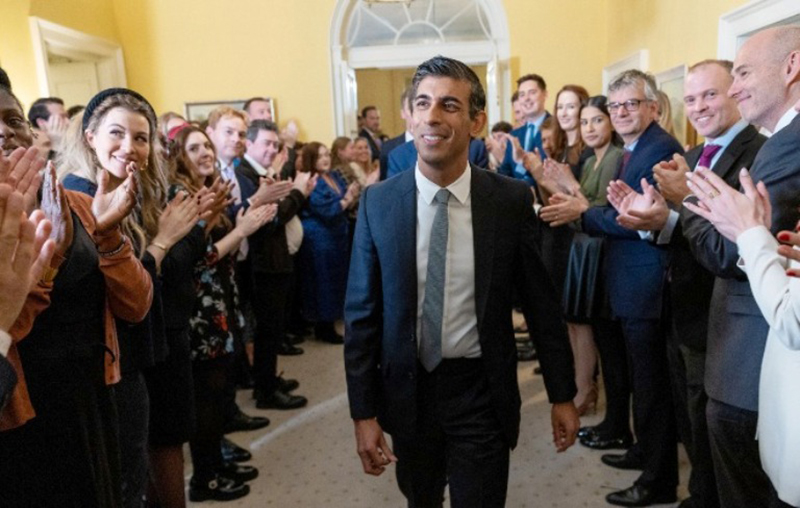 Soon after he started delivering on his promise "work would begin immediately", a string of ministers from Liz Truss's team was asked to step down as a precursor to the announcement of his new cabinet.

In two crucial appointments made by evening, Sunak appointed Dominic Raab as his Deputy Prime Minister and Jeremy Hunt as finance minister.

As of Tuesday evening, four ministers have been asked to step down.

Dominic Raab, who was the Deputy Prime Minister for former Prime Minister Boris Johnson, will also hold the Secretary of State for Justice portfolio.

Jeremy Hunt, who replaced Kwasi Kwarteng, will stay on as the finance minister, the Prime Minister's official Twitter handle posted.

In his first address to the nation, Sunak said Britain is currently facing a ' profound economic crisis'.

He was quoted as saying by BBC: "The aftermath of Covid still lingers."

Sunak said he is determined to "fix the mistakes" made by his predecessor.

He said he has been chosen as the PM to fix some of the mistakes made by his predecessor.

"That work begins immediately," he says.

"I will work day in and day out to deliver for you," the Indian-origin leader said.