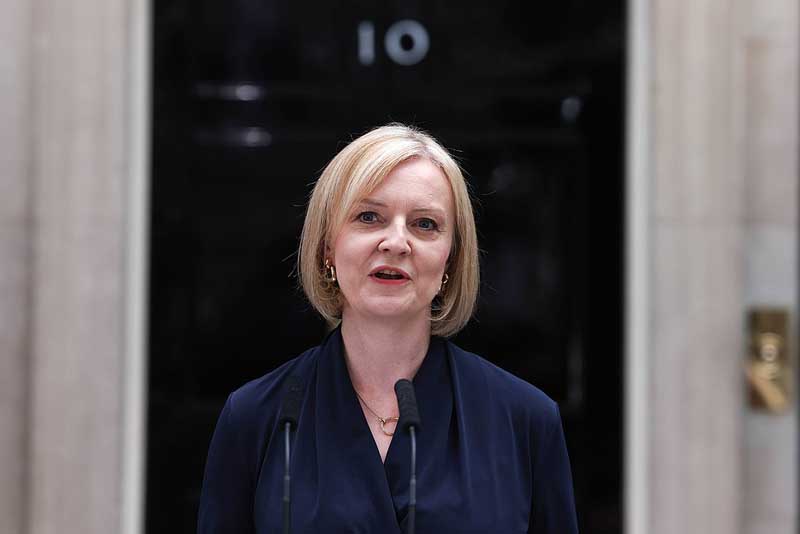 Prime Minister of Britain Liz Truss has resigned after a 45-day stint in the office citing her lack of ability to deliver the mandate on which she was elected by the Conservative Party.

Truss has also become the British Prime Minister to have served the shortest term. She stepped down after her economic programme gave a hard jolt to the markets and left her Conservative Party divided, days after she was elected over Rishi Sunak.

A Conservative leadership election will be completed within the next week, she said

"I will remain as prime minister until a successor has been chosen," she said, according to BBC.

She had also said that she was prepared to front up and take tough decisions.

Soon after Truss became the PM, Britain's Queen Elizabeth passed away. After 10 days of mourning, it was only a week later that her political programme collapsed, leading to the sacking of her Finance Minister Kwasi Kwarteng.

Kwarteng and Truss were seen as like-minded leaders. His ouster resulted after he presented a mini-budget to deliver the prime minister's (Truss's) vision, announcing the biggest package of tax cuts in decades. But the mini-budget spooked financial markets and sparked a revolt among Tory MPs, who urged the prime minister to drop parts of her economic plan to shore up the UK's finances.

In a U-turn,  Kwarteng and Truss were forced to scrap the planned cut in the top rate of income tax.